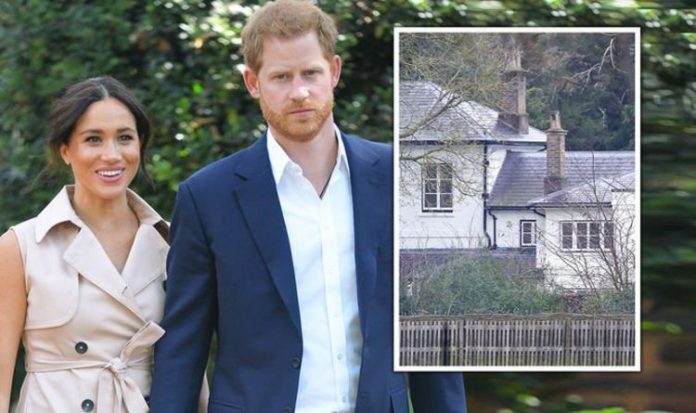 Graham Smith told Express.co.uk that questions should be raised as to why Frogmore Cottage is allowed to be left empty while Prince Harry and Meghan Markle live in California. Republic is an anti-monarchist group that campaign for Queen Elizabeth II to be replaced by a democratic, elected head of state.

“The mission of the Crown Estate is to raise funds for the Treasury so they need to explain why they are leaving that property empty.

“And why they allow the Palace to have access to it and gift it to members of the Royal Family.

“Ultimately, all of the Crown Estate properties should be put to good use in the way that is going to bring the best return to the taxpayer.”

However, royal commentator Richard Fitzwilliams strongly disagreed with this view.

He said: “The taxpayer gets an extraordinary bargain from the Crown Estate which brought in £345 million in 2019/20.

“These are surrendered at the beginning of a reign and in return the Sovereign Grant, 15 percent of their value, is now returned to the monarch.

“Since the amount of the Sovereign Grant, excluding security, is some 74p per person per year, which rises to £1.24p whilst Buckingham Palace is being refurbished, it makes the institution a bargain.

“It benefits Britain financially in several other ways, through tourism, the benefits from royal trips abroad to British business and the interest from the international media is simply vast, something Republic cannot ever explain.

“They should note the Brand Finance Report of 2017 which said ‘Valued at 67 billion, the Monarchy is Britain’s Greatest Treasure’.”