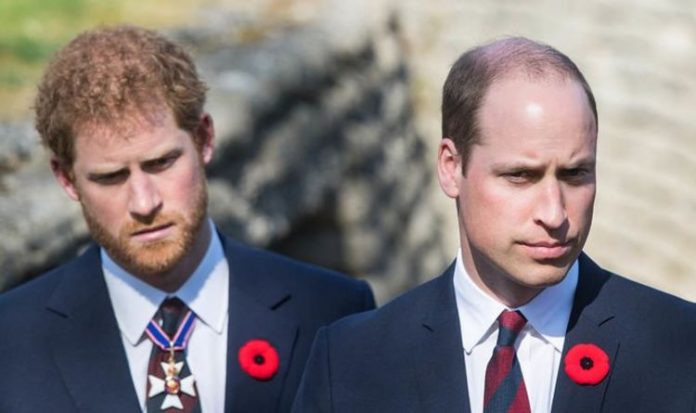 Prince Harry’s move to California with his wife Meghan Markle and son Archie Harrison means the Duke won’t be with brother William on the 23rd anniversary of Princess Diana’s death. But, according to a royal expert, the brothers will “undoubtedly” be in touch on August 31, day of the Princess of Wales’ untimely death.

“They will undoubtedly communicate virtually on this sad day.”

Mr Fitzwilliams continued: “They may well post photographs, which carry special memories of their mother, on social media so they can be shared with all of us.”

Prince Harry has already shown how the distance from the UK doesn’t prevent him from publicly remembering his mother.

Ahead of Diana’s birthday on July 1, the Duke of Sussex recorded a video for the Diana Award in which he congratulated all the young leaders taking part in the awards for being the embodiment of his mother’s work.

Harry and William have been widely reported to have spent the past anniversaries together at Kensington Palace remembering precious moments with their mothers.

Last year, a source claimed the pair recalled their trip to Thorpe Park.

They told Us Weekly: “They talk about the little things about Diana that made them laugh.

“The ski trips and outings to Thorpe, the effort she went to on their birthdays – all of it.”

While the pair spend the anniversary together most years, Prince Harry and Prince William have publicly marked two of the milestone anniversaries of their beloved mother’s death in significant ways, as recalled by Mr Fitzwilliams.

He said: “They have marked important anniversaries of her death in ways which have reminded the world of her unique gifts.

“On the 10th anniversary they held a memorial service.

“Ahead of the 20th anniversary, they commissioned two documentaries so a younger generation could appreciate her achievements and also learn how special she was.

“If it could be said that a single person influenced the society we have become, it was Diana.

“The mourning after her tragic death was unprecedented.

“She would have been proud of the way William and Harry are championing a previously overlooked charitable cause such a mental illness.”

Three years ago, Harry and William first opened up to the public about their mental scars.

Opening up on his mental health, Prince Harry said at the time: “I can safely say that losing my mum at the age of 12, and therefore shutting down all of my emotions for the last 20 years, has had a quite serious effect on not only my personal life but my work as well.

“I have probably been very close to a complete breakdown on numerous occasions when all sorts of grief and sort of lies and misconceptions and everything are coming to you from every angle.”

The Duke also revealed he had started seeing a therapist.

In the eve of the 20th anniversary of her death, William, Harry and Kate, Duchess of Cambridge, also stepped out of Kensington Palace to look at the tributes left by well-wishers at the gates of the palace.

The royals also walked to the garden on the grounds of Kensington Palace and met representatives from the causes and charities Diana had supported during her life.

There, the palace announced on Friday, a new statue of Diana will be installed in July 2021.

Mr Fitzwilliams commented the news saying: “It has just been announced that next year, on what would have been her 60th birthday, a statue of her, commissioned to commemorate the twentieth anniversary of her death by William and Harry, will be installed in the Sunken Garden of Kensington Palace.

“They hope it will help visitors to reflect on her life and legacy.” 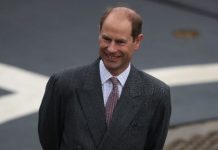