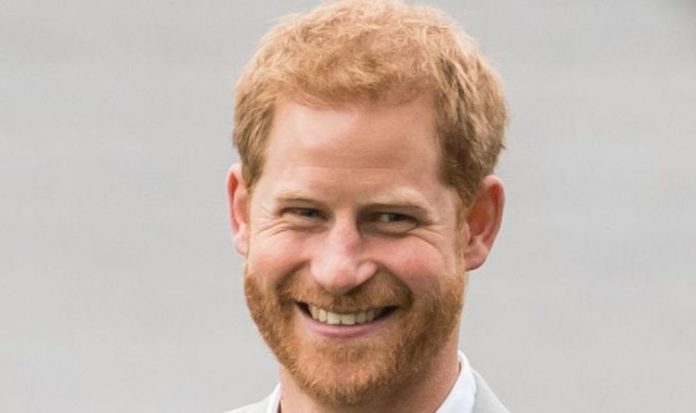 In a video obtained by TMZ, the Duke of Sussex and Mr Corden are filmed sitting atop an open deck double-decker bus surrounded by a camera crew of three people. The bus was filmed pulling out of the CBS parking lot at around midday on Friday. It was escorted by police on motorbikes.

Mr Corden has been hosting The Late Late Show on the CBS channel since 2015.

He is a friend of Prince Harry and Meghan and attended their wedding back in 2018.

Harry was the topic of conversation on a recent episode of the hit CBS talk show.

The actor Rob Lowe jokingly told Mr Corden he had spotted Prince Harry with a ponytail.

“He lives about a mile from me,” the actor said.

“He’s been very reclusive. Seeing him in the neighbourhood is like seeing the Loch Ness Monster, and I finally saw him.

The Duke and Duchess of Sussex moved to California last year after quitting the Royal Family.

They are currently living in California with their son Archie at their $14 million mansion in Montecito.

Harry and Meghan are forging ahead with their plans to build new careers outside the Royal Family and have signed major deals with Netflix and Spotify in the last few months.