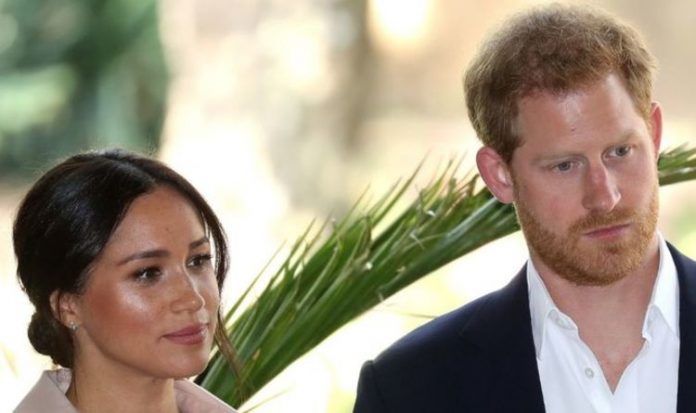 Prince Harry and William must mend bond themselves says expert

The Duke and Duchess of Sussex are approaching a major milestone in their quest for freedom as January will mark one year since they shocked the world by announcing they would step down as senior royals. This year has been a whirlwind for the couple, as they agreed a Megxit deal with the Queen, carried out their final royal engagement, moved to the US and forked out £11million for a mansion in California.

Looking back on the pair’s eventful journey since bowing out of the Firm, royal expert and author Penny Junor said it was clear Harry had been determined to address problems blighting his wife while they were in the Royal Family.

But she argued in trying to help his American wife he had inadvertently brought about more problems which affected himself more than anyone.

Nine months after the Sussexes flew to Meghan’s home state to start their new life, Ms Junor said she remains unconvinced that the prince is content with his new surroundings and the reality of being cut off from everyone and everything he knows.

She told Express.co.uk: “I think she found life here very difficult and I think she feels much more comfortable now that she’s back home. Whether Harry does is another matter.

Prince Harry created problems for himself when helping Meghan with her problems, an expert said (Image: GETTY)

The Duke and Duchess of Sussex are approaching one year since they announced their departure from the Firm (Image: GETTY)

“I absolutely can’t speak for him but I would be surprised if he was truly happy.

“When she moved here, she gave up her country, her job, her family, her friends and she came to England, to Britain, and she was, I suspect, lonely without the friends and family and a bit lost in a new job, new country, new marriage, new baby.

“And so he, I suspect, said ‘how can I solve this problem, I know I’ll take her back to America’.

“But in doing that he has now left his country, family, friends, job.

The Sussexes chose an illustration of their family for their annual Christmas card (Image: Twitter)

“So, in repairing her problems I think he probably created a few for himself.

“This is my suspicion, that this is what will have happened.”

Meghan and Harry chose to set up a home in Montecito, a bubble of fame and wealth in Santa Barbara County.

Due to their high profiles, the pair will not be short of celebrity friends in their new neighbourhood.

Meghan pictured on a recent appearance on CNN (Image: CNN)

Meghan may have been lonely after she moved to the UK, a royal expert has said (Image: CNN)

But Ms Junor argued the rich and famous neighbours and acquaintances Harry may gain by living in California will prove to be no match for the bond and brotherhood he shared with his lads in the UK, particularly those he served alongside in the military.

Ms Junor explained: “It’s exciting to be around celebs for a while but fundamentally it’s his childhood friends as much as anything that he’ll be missing, I suspect.

“Those are the people that keep one’s feet on the ground, people that you can really relax with.

“He was a born soldier, that was when he was happiest, he was very good at it.

“He was a brilliant apache helicopter pilot. He was a very good officer.

Harry, 36, served in the British Army for 10 years and took two tours in Afghanistan.

In interviews, the sixth-in-line to the throne who rose to the rank of Captain spoke out about his pride in serving his country.

Harry and Meghan are settling into their new life in the US (Image: GETTY)

He also expressed his ease at being treated like “one of the guys” by his comrades, after a childhood of being treated differently to his peers.

Under the terms of the Megxit deal, Harry was stripped of his military titles and lost out on the opportunity to represent the Royal Family in working with charities helping injured veterans – a cause close to his heart.