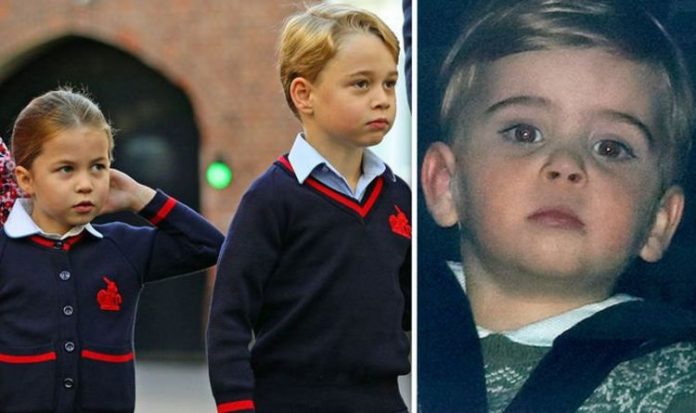 Kate Duchess, of Cambridge, 38, and Prince William, 38, have spent the past week in Norfolk at Anmer Hall with their three children – Prince George, seven, Princess Charlotte, five, and Prince Louis, two. While it’s usually just Prince Louis at home with Kate, he will have enjoyed quality time with his older siblings who have been on half-term.

During term time the Cambridges are based at their London apartment in Kensington Palace which is a short drive from George and Charlotte’s school Thomas’s Battersea.

At two-years-old little Louis is still too young for nursery and stays home while his big brother and sister go to school.

Kate and William usually spend the school holidays at Anmer Hall where they spent lockdown as a family.

Anmer Hall has extensive grounds and Kate and William encourage their little ones to play outdoors as much as possible.

The Duchess told BBC Breakfast: “The children have got such stamina I don’t know how.

“Honestly, you get to the end of the day and you write down the list of all the things that you’ve done in that day.

READ  Euromillions results: What are the winning numbers for Friday? | UK | News (Reports)

“So you pitch a tent take the tent down again, cook, bake. You get to the end of the day – they have had a lovely time – but it is amazing how much you can cram into one day that’s for sure.”

Last month Prince Louis was heard speaking in public for the first time when he appeared in a special video alongside his siblings.

The Cambridge children put environmental questions to their hero Sir David Attenborough in the sweet clip.

Louis melted hearts when he asked the famed naturalist: “What aminal do you like?”

Sir David replied: “I think I like monkeys the best.

“Because they’re such fun. They can jump all over the place and they can err…they don’t bite.

“Well some do, but if you’re a bit careful they don’t bite and they’re so funny.”

Sir David went on to say in the clip: “And I like them a lot.

“Mind you, you can’t have monkeys sitting around the home.”

“Because that’s not where they live, they live out in the forest.”