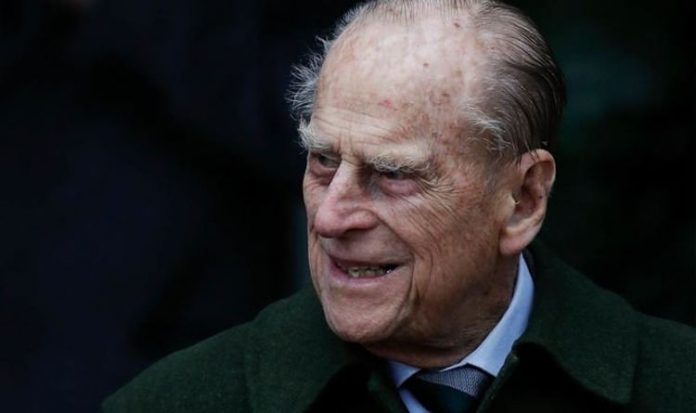 Prince Philip’s hospitalisation remains a cause of concern for members of the Royal Family, Canadian royal expert Patricia Treble said. Appearing on Global News’ The Morning Show, the commentator was asked how concerned are the royals at the moment in relation to the Duke of Edinburgh.

She said: “I think there is increasing unease because, as of today, he has been in hospital for two weeks.

“This is a man who is notoriously private about his health, but clearly the fact that he has been in hospital this long does not speak well.”

Ms Treble’s remarks echo a comment made by royal commentator Robert Jobson, who said earlier this week Prince Philip’s transfer to another hospital has “definitely shifted” the mood at Buckingham Palace.

Speaking to Australian 7News’ Sunrise, Mr Jobson said: “We’re now getting more details about the infection and the fact that they are monitoring his heart.

“The tone is definitely different from the people I speak to outside of the press offices.

“The mood is very concerned.

“Obviously they’re hoping to get him out by the end of the week and return to Windsor Castle.

“He’s not in a great state at the moment, it seems.”

Prince Philip was transferred to St Bartholomew’s Hospital, famous in Europe for its cardiac centre, on Monday, 14 days after he was first admitted to King Edward VII Hospital in London.

The Duke of Edinburgh was not seen in person as he was leaving the hospital, with aides using umbrellas to shield him from the public eye as he was entering the ambulance taking him away.

Following his transfer, Buckingham Palace said in a statement: “The Duke of Edinburgh was today transferred from King Edward VII’s Hospital to St Bartholomew’s Hospital where doctors will continue to treat him for an infection, as well as undertake testing and observation for a pre-existing heart condition.”

Prince Philip received treatment for a blocked coronary artery in 2011, when he was rushed to Papworth Hospital after suffering chest pains.

The statement added: “The Duke remains comfortable and is responding to treatment but is expected to remain in hospital until at least the end of the week.”

Prince Philip was admitted to hospital on February 16 after “feeling unwell”, the palace initially stated.

The Duke of Edinburgh, sources stressed at the time, arrived at King Edward VII Hospital by car and was admitted only over an “abundance of precaution”.

Prince Philip’s health, however, sparked further concerns among royal fans after his son Prince Charles travelled from Gloucestershire to visit him on February 20, at a time where visitors are admitted inside hospitals only under extreme circumstances.

During his first face-to-face engagement of 2021, William said his grandfather was “ok” and doctors were “keeping an eye on him”.

Similarly, the Earl of Wessex told Sky News his father was “a lot better”.

He said: “As far as I’m aware, well I did speak to him the other day, so he’s a lot better thank you very much indeed, and he’s looking forward to getting out, which is the most positive thing.

Prince Philip’s current stay in the hospital is his longest to date, followed by his hospitalisation in June 2013 when he was operated to his abdomen.

At the time, he remained in hospital for 11 days.

The Duke, who is only three months away from his 100th birthday, was last admitted to hospital in December 2019 “for observation and treatment in relation to a pre-existing condition”.