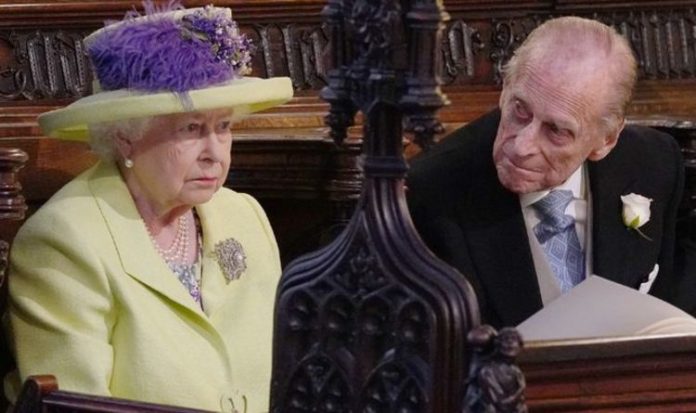 The Queen’s personal visit to her hospitalised husband is “very much in doubt”, royal commentators have said. Prince Philip was admitted to King Edward VII Hospital almost two weeks ago for treatment of an infection, according to Buckingham Palace. ITV Royal Rota podcast hosts Chris Ship and Lizzie Robinson discussed whether other royals could make an appearance for the Duke of Edinburgh after his son Prince Charles made a trip.

Mr Ship told listeners: “There have been no other visitors since and I suppose that’s not unusual.

“We’ve been outside the hospital before, the Queen didn’t come during the hip operation.

“She didn’t come when he was last in the hospital.

“I doubt very much that she’s going to come at all now because of the Covid situation and being 94.”

He continued: “Some people are wondering whether Princess Anne might go.

“She’s certainly been in before, hasn’t she?”

Ms Robinson confirmed: “She went in when the Duke was in 2018 for his hip operation.

“She went in after nine days to go and visit him.”

The Duke of Cambridge had been visiting a vaccination centre near his home in Norfolk.

READ  Hairstyles, beards and moustaches are shared by cats and humans (Reports)

While there, he told Arthur Edwards, the Sun’s royal photographer, that his grandfather is doing “okay”.

William added that doctors are “keeping an eye” on him.

Prince Edward had also given his own update to Sky News.

The Earl of Wessex said that his father was doing “a lot better”, and was already raring to get out of the hospital.