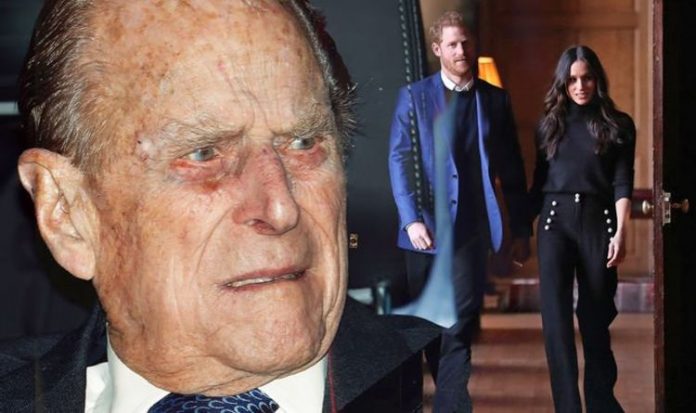 Earlier this year, Meghan and Harry shocked the world by announcing they were stepping down as senior members of the Royal Family. They have since moved to Los Angeles with their son Archie, a momentous chapter in Royal Family’s storied past.

Philip, the Duke of Edinburgh, was “unable to comprehend” why his grandson would want to leave the Firm, a royal expert has claimed.

According to Ingrid Seward, Prince Philip “quite liked” Meghan but now compares her to Wallis Simpson, who triggered the abdication crisis after marrying King Edward VIII in 1937.

Ms Seward said: “His grandson’s behaviour is completely alien to him so not unnaturally the relationship has suffered.”

While Prince Philip is heartbroken to have had to turn his back on his own grandson, royal fans have praised his decision saying he is a “wise man”.

One person wrote on Twitter: “Prince Philip is a wise man, shame the rest of them don’t follow suit.

“Harry really ought to have listened when Philip said ‘One steps out with actresses, they don’t marry them’.

Another person simply put it: “The Duke takes no s**t!”

“Always recognises fools when he sees them.

Someone else said Prince, 99, is unlikely to see his grandson and great-grandson again.

They said: “What sort of person goes out of his way to hurt his elderly grandparents who are in their 90s?

“No wonder Prince Philip has washed his hands of the two quitters.

“It is just as well since he will likely never see them again anyway, or their kid.”

While speaking to Sky News, Ms Seward described how Prince Philip gave up his naval career to stand by the Queen and help the monarchy.

She continued: “I think he’s very, very disappointed because I think he feels he gave up his naval career in order to stand by the Queen and help the monarchy.

“As he used to say to Dianna, this is not a popularity contest, this is all of us working together.