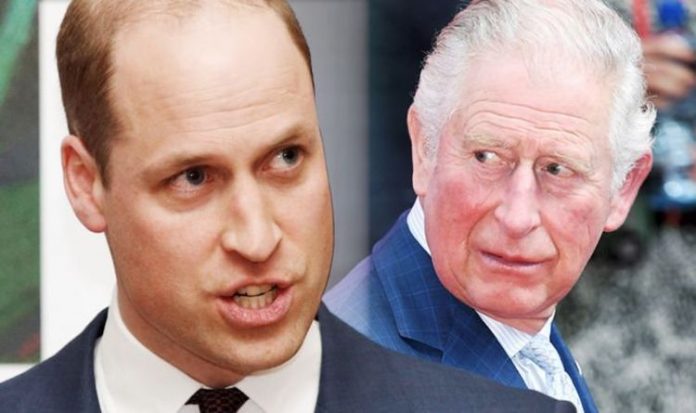 Prince William, 38, is second in line to the British throne and will take the crown following his father Prince Charles, 71. Charles is the oldest heir apparent in British history and, like his son William, was raised to be keenly aware of the royal destiny that awaits him as the future king.

A new royal biography has claimed William’s formative meetings with the Queen growing up installed in him a deep sense of duty and that he takes it upon himself to protect the monarchy.

Royal historian and author Robert Lacey’s new book ‘Battle of Brothers: William, Harry and the Inside Story of a Family in Tumult’ asserts that William strives to protect the monarchy at all costs and that his “wrath” can at times be “unleashed” on his father Prince Charles.

Mr Lacey writes: “The prince’s conversations in the Oak Room helped to turn the fragile schoolboy heading for a breakdown into a quite tough young man who would once be compared to a ‘nightclub bouncer’ protecting the standards of and entry to his highly exclusive royal club.”

While Prince William is generally considered more reserved that his at times hot-headed brother Prince Harry, Mr Lacey claims Charles’s wife Camilla was shocked to discover he was ‘no Sweet William.’

Mr Lacey writes: “Harry has freely confessed to his own blazing temper from time to time – and as for his elder brother he has proved no Sweet William when roused.”

“In the years after her 2005 marriage to Prince Charles, Camilla has recounted to her own family and close friends her surprise at discovering this unexpected side to Prince Charming – ‘the boy’s got a temper!'”

According to Mr Lacey, Camilla was left “horrified” by the “earth-shattering rows” and “ranting and raving” William has directed at his father in the past.

The author writes: “Charles’s wife had been horrified at the ranting and raving that on occasion William had unleashed against her husband in her presence.”

The author writes: “The prince can summon up a wrath to match the importance he attaches to his role as future king, and if his father fails to live up to William’s view of the job, the young man releases his fury.”

Prince Charles’s age has prompted speculation he could hand the crown straight to William upon Queen Elizabeth II’s death.

Charles will automatically become king when the Queen can no longer serve but whether or not he abdicates will be a matter for him and Parliament to decide.

In answer to the question ‘might Prince Charles abdicate in favour of William’, University College London’s Constitution Unit writes: “That would be a matter for Prince Charles, and for Parliament.”

READ  Dead people may yet get their stimulus checks – (Reports)

The constitutional experts add: “Having waited over 60 years as heir apparent, it would be perfectly natural for Prince Charles to want to assume the throne and perform the royal duties for which he has spent so long preparing in waiting.

As heir to the throne, William is more bound by royal duty than his younger brother Prince Harry who has quit royal life and moved to the USA.

As non-working royals, Harry and his wife Meghan Markle have enjoyed more freedom of expression and begun to air their views on controversial topics usually off limits for Royal Family members.

Prime Minister’s statement to the House of Commons on coronavirus regulations: 1 December 2020 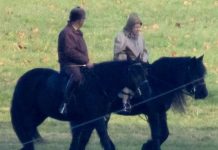