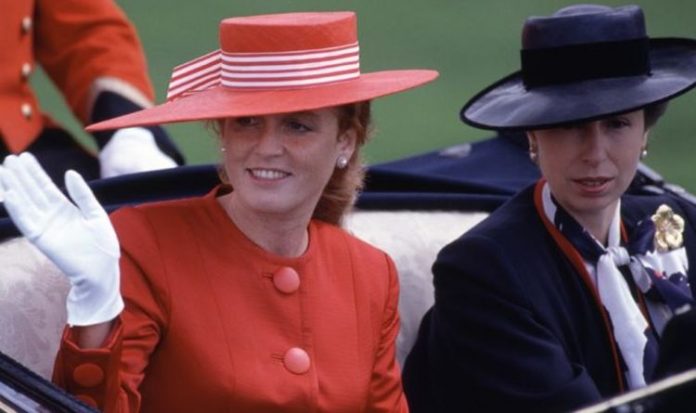 Princess Anne deliberately ignored royal protocol with Sarah Ferguson even though her sister-in-law “outranked” her, royal commentators have claimed. The Princess Royal was the only senior member of the Royal Family who was “very wary” of the Duchess of York’s entry. Experts spoke to Channel 5 documentary, ‘When Fergie Met The Monarchy’, about why among not all of Sarah’s royal in-laws were fans of her.

Royal author Tom Quinn told viewers: “Anne was probably the only senior royal who, right from the start, was very wary of Sarah.

“She called her ‘the outsider’.

“One of the problems for Anne was that she was outranked by Sarah.

“Officially, at least, according to protocol, she should have curtsied to Sarah.”

He added: “And that was never going to happen.”

The author claimed that the Prince of Wales had at first welcomed the “sparkle” that Fergie brought to the monarchy.

But eventually, her behaviour grated on him and gave some family members “a headache”.

She told Channel 5: “Whenever you marry, you also marry the family to a certain extent.

“But when you marry into the royal household, it’s a completely different level.

“All of a sudden, you’re not only marrying into the in-laws, but also all of the advisers, the people working at the Palace.

“It’s like a huge corporate structure. There are different factions, different agendas.

“You have to be pretty sophisticated in order to manoeuvre yourself throughout.”