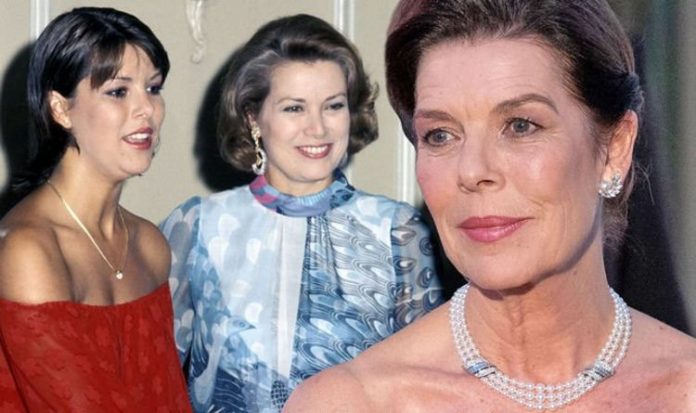 Royal fans around the world will be aware the anniversary of the death of Grace Kelly is fast approaching. The former Princess of Monaco is best-known for transforming the principality from a monarchy that had fallen on hard times to a place of glitz and glamour. Grace and Rainier married on April 19, 1956, in an event that injected new life into Monaco.

However, it wouldn’t last for long.

On September 14, 1982, Princess Grace, while driving back to Monaco with her daughter, Stéphanie, from their country home in the mountainous Roc Agel, crashed the car and died.

It was a tragedy for the state of Monaco.

Much of the royal family went on to do things in her memory.

During the BBC’s documentary ‘Inside Monaco: Playground of the Rich’ it was revealed how Princess Caroline, Grace’s eldest child, had devoted her life’s work to something her mother loved – the ballet.

The company’s former dancer and current director and choreographer, Jean-Christophe Maillot, told the documentary that Grace’s spirit runs through the institution.

He said: “What can I say? Without her (Caroline) the company wouldn’t exist.

Jean-Christophe admitted: “I think at the beginning when the princess created the company a lot of people laughed.

“They didn’t take it seriously.”

However, he added: “But that was the great genius of Caroline.

“She proved by doing the company that she could create something.”

Some 35 years later and the company boasts a 50-strong ensemble of dancers and an international reputation.

To ensure the ballet remains accessible to all, government subsidies keep ticket prices under £35.

This is less than half the price of equivalent tickets at the Royal Ballet in London.

Grace’s death remains one of the biggest disasters in the country’s recent history.

It was initially thought that she would survive the crash after she was taken to hospital.

Her car tumbled down a 100ft ravine before coming to a stop in a garden.

Reports from the time said that despite broken ribs, Grace was in a stable condition.

She was later found to be worse than initially thought, and the next day Grace sadly passed away at the age of 52.