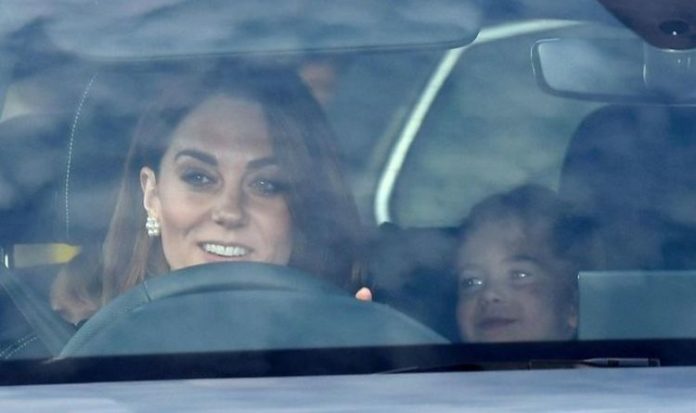 Lucy Lanigan-O’Keeffe married Thomas van Straubenzee, a lifelong pal of Prince William, in a low-key ceremony. The 38-year-old and his Irish wife were due to marry in April, with Charlotte acting as bridesmaid and the Duke of Cambridge as an usher. But the couple were forced to put their plans for a big day on hold due to the coronavirus pandemic.

Instead, the royally-connected pair opted for a private ceremony at Chelsea Old Church in southwest London on July 24, day Times reports.

The Duke and Duchess of Cambridge are believed to have played a central role in the newly-married couple’s relationship, by encouraging the romance.

The 31-year-old bride and her husband invited only parents and siblings, meaning the Cambridges missed out on the nuptials.

Ms Lanigan-O’Keeffe is reportedly pregnant with the couple’s first child.

She is the assistant head teacher at Thomas’s Clapham, while also teaching mindfulness and outdoor learning at the school’s Battersea branch where Kate and William’s two eldest children are pupils.

The Duke and Duchess of Cambridge are believed to have played a central role in the newly-married couple’s relationship, by encouraging the romance.

The van Straubenzees have been a permanent fixture in William’s inner circle over the years, as the family are renowned for being loyal to the royals.

READ MORE: Queen panic: Aberdeen back in lockdown one day after monarch’s arrival

The pair divorced three years after their 2013 wedding.

Meanwhile, Charlotte and George will be enjoying their final weeks of summer holidays as they prepare to return to school.

Since schools were closed in March, Kate and William have homeschooled their children at their country retreat in Norfolk, where the family have isolated.

Last week the Queen and Prince Philip jetted from Windsor to Scotland to kick off their annual summer holiday in Balmoral.

A royal expert has suggested the Cambridges will likely head up to the Aberdeenshire castle for a stay with the monarch.

On Saturday the Queen was pictured enjoying a brisk walk alongside Sophie, Countess of Wessex, Lady Louise and James, Viscount Severn.

The 94-year-old was accompanied by her beloved “dorgis”.

The two dogs, named Vulcan and Candy, are a cross-breed between a dachshund and a corgi.

The breed was introduced to the royal household when Princess Margaret’s dachshund Pipkin mated with one of the Queen’s dogs.