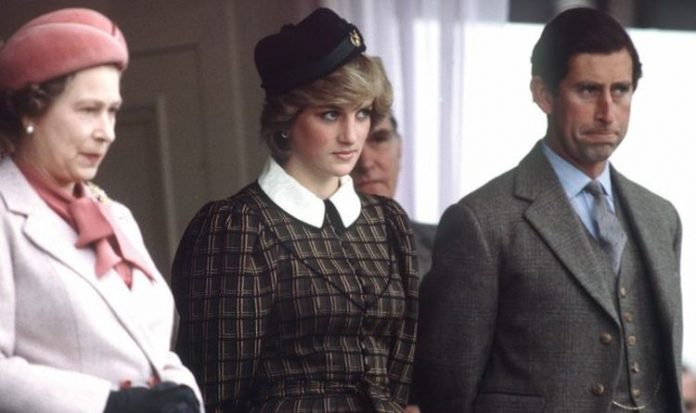 As the 23rd anniversary of Princess Diana’s death approaches, the late royal’s life has been discussed with a new light. The Princess of Wales’s heartbreaking divorce from Prince Charles was finalised in August 1996, just a year before she died in the tragic Paris car crash. Royally Obsessed podcast hosts Roberta Fiorito and Rachel Bowie spoke about an important role the Queen played in the proceedings.

Ms Fiorito told listeners: “What was interesting about the divorce details was that the Queen was actually cool supposedly with letting Diana keep the HRH title.

“But Charles was adamant that she give it up.

“I thought that was really interesting because no HRH title meant that she would have to curtsy to her ex-husband and also her children.

“I don’t know if that ever happened, but that would have been a big thing.”

READ MORE: Diana heartbreak: One thing Princess wanted that she could NEVER have

Ms Bowie added: “If she didn’t have the title, she would have had to curtsy.

“Because it was so contentious, I just found that interesting that that was a big part of giving it up.

“It was not clear what would happen if Diana were to remarry.

“But experts believed she would have to relinquish many benefits of the divorce agreement.”

Additionally, without proper funding, she was forced to quit many of the charitable organisations she supported over the years.

The Princess of Wales also lost her offices at St James’ Palace, though she was able to keep her spot inside Kensington Palace.

She was even allowed to keep three of her staffers: a chef, a dresser, and a cleaner.

She was also granted permission to keep many of the items in jewellery collection, even though many of the pieces belonged to the Royal Family.