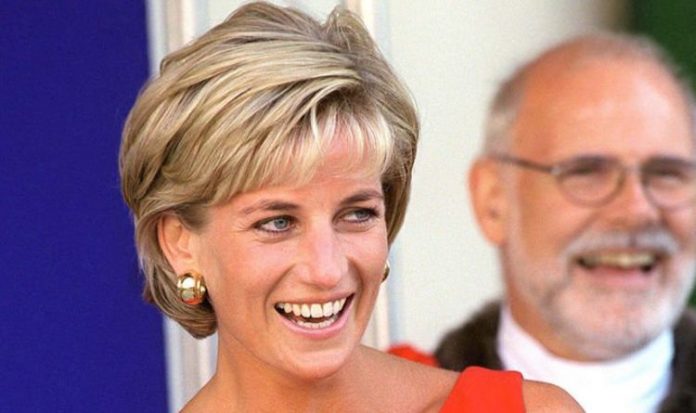 Diana tragically died from injuries sustained in a car crash in Paris, on August 31. As fans and the Royal Family alike will be sure to honour the Princess of Wales on the anniversary of her devastating death this Bank Holiday weekend, many will be remembering the months leading up to that fatal accident. A year after her divorce from Prince Charles had been finalised, Diana was enjoying a new level of freedom.

She took her sons Prince William and Prince Harry on holiday to St Tropez, on the French Riviera, the month before she died.

However, the royal was heavily photographed while she was there and so one day, took it upon herself to address the nearby paparazzi about her lack of privacy.

Royal expert Howard Hodgson explained in his 2007 book, ‘Charles — The man who will be King’, how this conversation led to a greater mystery.

He wrote: “Three days after her arrival and for reasons best known to the Princess, she decided to take matters into her own hands and approach the press.

“She jumped into a small motorboat and made for the media boats stationed some way away.”

She proceeded to give an “impromptu press conference at sea” where she said: “My sons are always urging me to live abroad and be less in the public eye.

“Maybe that is what I should do.”

Hinting that she wanted greater privacy, the royal continued: “I understand I have a role to play but I have to be protective of my boys.”

Then, the Princess of Wales mysteriously added: “But you are going to get a big surprise with the next thing I do.”

In his biography, Mr Hodgson commented: “What did she mean? We will never know.”

The Irish Times speculated in July 1997 that Diana could have been planning on moving out of the country to escape the spotlight.

However, it was widely reported at the time that Charles was planning on hosting a lavish 50th birthday party at Highgrove for his partner, Camilla Parker Bowles, in a few weeks.

As Mr Hodgson claimed, Diana “had one eye” on that event as she was “offended by the attention they might attract”, especially as she often blamed Charles’ affair with Camilla for the downfall of their marriage.

The year after her 1996 divorce, Diana was able to spread her wings away from royal protocol (Image: Getty)

The Irish Times therefore suggested that Diana may have been alluding to a surprise which would eclipse Camilla’s special occasion, noting that the story of the birthday will “suffer as a result” of any news from the Princess released at the same time.

Others have speculated that Diana may have been referring to the new relationship she was about to strike up, with Dodi Fayed, after her heartbreaking split from Hasnat Khan.

Diana was already on holiday with Dodi’s father, billionaire Mohamed Al Fayed, at the time of her ambiguous statement.

Diana’s friend the astrologer Debbie Frank later claimed: “Dodi was someone who came into Diana’s life in that July when she really needed an out.

“She needed to get away from her feelings of despair that were coming back about Camilla and the possibility that Camilla and Charles would end up together.”

Diana and Charles’ marriage had been in tatters by the time they divorced (Image: Getty)

However, the royal had not yet struck up a relationship with Dodi when she was in St Tropez, although the two of them would make headlines when their romance was discovered a few weeks later.

Diana then complicated the mystery by releasing a statement through Kensington Palace denying that the princess had given “exclusive interviews” to reporters.

It read: “Her purpose in talking to some journalists was merely to inquire how long they intended to remain in the South of France as the oppressive media presence was causing great distress to all the children.

“There was no discussion of the possibility of any statement being issued in the future.”

Diana’s subsequent weeks were spent in Bosnia, campaigning against land mines and with Dodi in France.

By the time of her death, it was still not clear what “surprise” she had been alluding to.