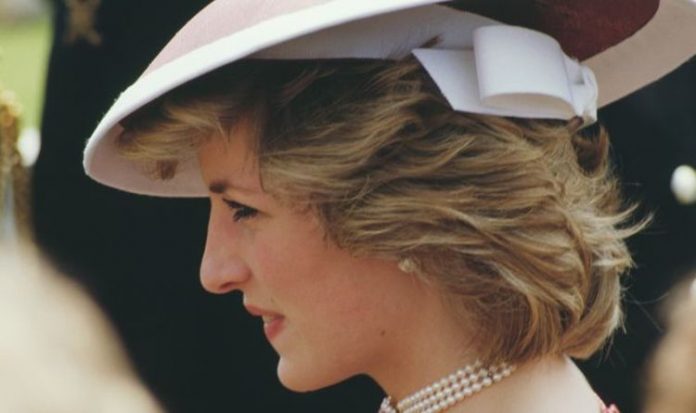 Princess Diana had realised she did not want to go ahead with the wedding to Prince Charles and tried to call the ceremony off two days before heading to St Paul’s cathedral, according to expert Elena Mora. The Princess of Wales allegedly got a stern talking to from her two older sisters, Baroness Fellowes and Lady Sarah McCorquodale, and was convinced to go ahead with the marriage. Speaking to  Italian broadcaster Tv2000, Ms Mora said: “Everyone knows that Diana wanted to flee, two days before the wedding she wants to escape.

“And her sisters told her, ‘darling, there your face is on all the cups and towels of the kingdom. It’s a little too late’.”

The commentator claimed the Prince of Wales also had wanted to call off the wedding and attempted to gain the support of his friends with a letter Prince Philip had written to him, suggesting the Duke of Edinburgh had forced him into agreeing to marry Diana.

“Two days before the wedding, he showed his friends this letter in which his father in fact ordered him, for the honour of the girl and for the protection of the family, to marry her.

“And he used it as an alibi to say, ‘I was forced.’ This is not nice, he was already a prince, a 30-year-old gentleman. He wasn’t supposed to agree to the marriage.”

Despite the rumoured doubts the pair had before the wedding, Prince Charles and Princess Diana ultimately tied the knot at St Paul’s Cathedral in front of millions of spectators tuning in from across the world.

Following a short period of relative happiness, during which the Prince and Princess of Wales welcomed sons William and Harry, the couple began to show clear signs of attrition.

The issue of their marital struggles resurfaced following the controversial depiction of Charles and Diana’s relationship in the latest season of Netflix’s hit series, The Crown.

“On their arrival at the venue Charles had been seen to deliberately hold back, allowing Diana to walk in ahead, collecting roses and camera-attention as the mega-star she was clearly becoming.”

Ms James added: “What the body language in this dance did show was Charles’s strong desire to take control and register who was really in charge in the relationship.”

“When we say that someone is ‘swept off their feet’ it is intended as a romantic comment but for Charles it was much more literal here as he dug into the dance and spun Diana around quickly more than thirteen times in a short space of time.”

“Diana was an excellent dancer but the way Charles clamped one arm around her waist and dominated the dance, spinning her around fast enough to make her giddy, left her clutching her chest with one hand at the end to signal a sense of shock and discomfort.”