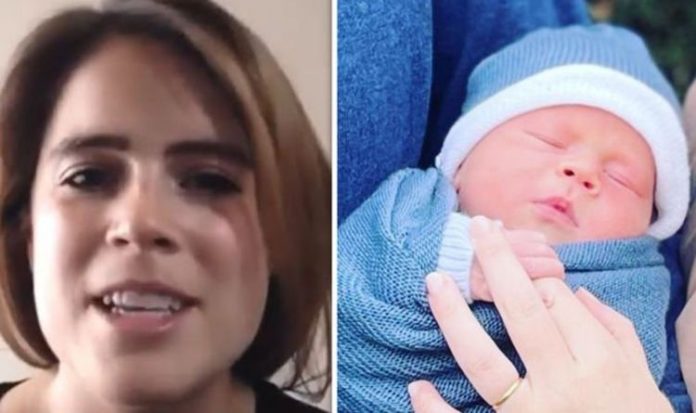 While another noted the baby name’s connection to the Duke of Edinburgh, writing: “August is a beautiful baby! “Congratulations to you both!

“I’m sure his great grandfather will be so delighted. God bless your beautiful family.”

Prince Philip is currently in hospital in London after being admitted as “a precautionary measure” on Tuesday evening.

The Duke is said to be “in good spirits” despite his hospital stay and is expected to remain there into next week.

While the Palace has not confirmed what is wrong with Prince Philip they have been key to play down fears for his health and confirmed the illness is not COVID-19-related.

A palace statement following the Duke’s admission on Tuesday read: “His Royal Highness the Duke of Edinburgh was admitted to King Edward VII’s Hospital in London on Tuesday evening.