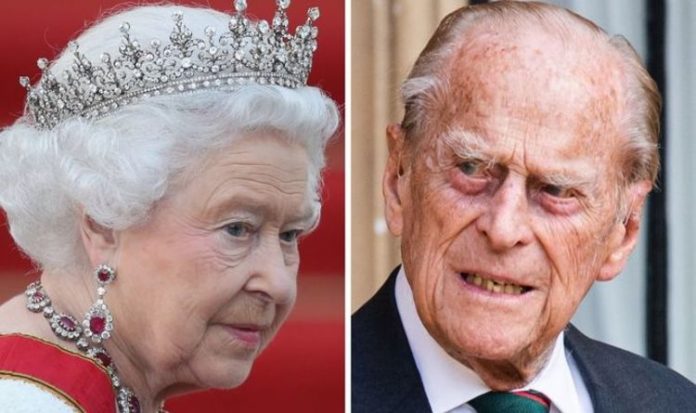 Her Majesty and the Duke of Edinburgh have received the Covid-19 jab, officials confirmed today, with the Queen adament the public should be told. Sources at Buckingham Palace announced the jabs were administered by a household doctor at Windsor Castle. It makes the couple among 1.5 million people in the UK to have had at least one dose of the jab so far.

The Queen’s decision to go public with the vaccine update, will no doubt please the likes of Prime Minister Boris Johnson, who – in a bid to ease public concern over the jab – said he would take a dose of drug last year.

It is highly unusual for the Queen – or other members of Buckingham Palace – to discuss their health.

This was particularly clear with Prince Philip, where updates on his health have been limited over the last years.

Today’s announcement to sway public opinion echoed a similar time when the Queen herself confirmed two of her children would be given the vaccine for the highly controversial polio jab during the Fifties.

The Queen and Prince Philip in the Forties (Image: GETTY)

In that decade, concern surrounding the polio vaccine gripped Britain.

It emerged after some children who had been given the drug actually contracted the disease. Others sadly perished in the US.

When the drug was rolled out in the UK, the Queen showed her confidence in the vaccine by confirming her two children had received the jab.

At the time, it was reported in the Daily Mail that Prince Charles and Princess Anne – then aged eight and six – had been given two injections by Harley Street specialist Dr Wilfrid Percy Henry Sheldon.

JUST IN: Queen sends ‘message of hope’ by choosing to announce getting vaccine

The Queen and her two young children around the time of the polio jab (Image: GETTY)

As a result, public mood over the vaccine thawed and millions of others went on to take the drug, which the NHS said helped cases “fall dramatically”.

She said: “It’s incredibly unusual. Usually when it comes to medical matters the Palace, normally, say to us [the media] no comment, and certainly ever since we knew the vaccine was here in the UK, the Palace has said this was a private matter when the couple receive the vaccination.”

DON’T MISS:
Queen ‘broke down in tears’ after update on William and Harry’s row [ANALYSIS]
Royal POLL: Should Prince Charles stand aside for William to be King?  [UPDATE]
Queen leads way with public celebrations for Kate Middleton’s birthday [ANALYSIS]

The Queen with her young children in the Fifties (Image: GETTY)

The insider added: “Back in 1957, the Queen broke with protocol when she told the country that Prince Charles and Princess Anne were children had been inoculated against polio.

“At the time, that was to try and allay any public concerns about the potential side effects of that vaccine.

Tony Blair was caught in a similar situation (Image: GETTY)

While Tony Blair was Prime Minister, growing calls for him to confirm he had given his son Leo the vaccine grew in 2001, and although insiders suggested the youngster had received it no official announcement was made.

The major concern over that jab was its possible links to autism and bowel disease, and during the early part of the decade less and less children were receiving the vaccine.

Mr Blair, and his wife Cherie, reportedly confirmed they “entirely supported” the jab, but stopped short of confirming if their then-19-month-old baby had been given it.

It sparked an angry debate, with Tory MP Julie Kirkbride demanding at the time Mr Blair follow the move Her Majesty had made decades before him.

She said: “The precedent set by the Queen is highly significant and if Tony and Cherie really want to boost confidence in the Government’s policy of the MMR vaccine, then they should say whether Leo has had it.”

He told the Guardian in 2013 that “the public were losing trust in the Prime Minister because he wouldn’t be open about something, for which, in the past, people would have respected their privacy”.