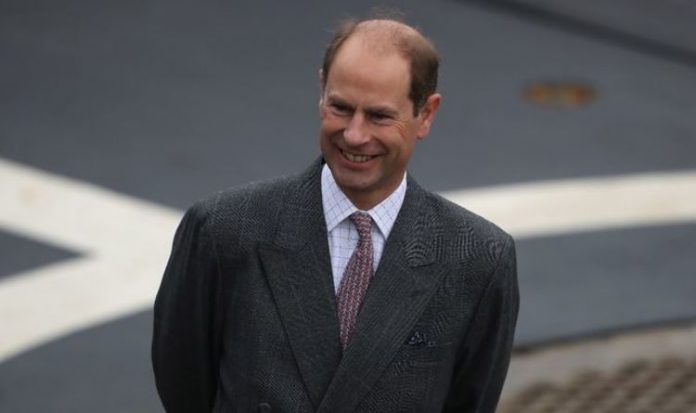 The Earl of Wessex is known for being more private than his siblings, but from time to time he features in stellar moments during engagements. In a recently resurfaced video, his cake-cutting skills put him in the spotlight as he visited a community care centre.

During his visit to the Lakeland Community Care Centre, Prince Edward was asked to do the honours and cut a cake baked for the institution’s 25th birthday.

He then proceeded to raise the knife and puncture the cake before swiftly cutting through it.

Onlookers at the time cheered him on and laughed in amusement.

The tweet read: “…It was a happy moment for members of the local community and volunteers at Lakeland Community Care Centre, as The Earl of Wessex joined them in celebrating their 25th anniversary!

“The Earl of Wessex was given a tour of the community garden and met with members of the ‘men’s shed’.

“The shed provides a space for men to chat and take part in practical activities; in the hope of reducing loneliness and isolation.”

Other royal fans pointed out Prince William’s resemblance to his uncle Edward.

One user said: “I thought that was William!!

“Uncle and nephew looks so much alike!”

Another follower added: “…I thought it was William on quick glance.”

As well as enjoying more privacy than the rest of royals, Prince Edward holds an unusual title for a member of the Royal Family.