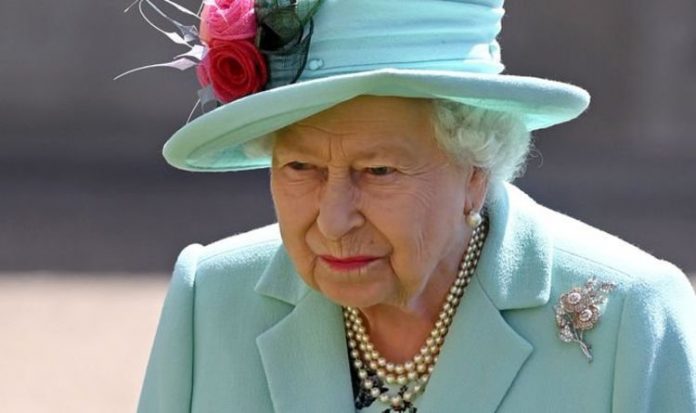 The Queen is known to have a property portfolio worth millions, with land and residences peppered across the UK generating substantial income for the Royal Family’s private pockets. With Her Majesty strapped for cash because of the coronavirus pandemic shutting down her money source, she has been forced to look at alternatives to pay the bills. But residents of an Accrington cul-de-sac have warned the Queen their homes will not contribute to plumping up the royal pockets.

Accrington homeowners erupted into a furore of criticism after discovering Her Majesty owns part of the land their gardens are build on and that she planned to sell it.

Ted Dignan and wife Beverly only discovered they did not fully own the land of their garden three years after buying their home as a freehold propery.

Ted said: “We wouldn’t have even thought about the land because we didn’t think we didn’t own the land.

“That never cropped up and to see it come up like this, that the Queen owns part of the land. It’s unbelievable!”

JUST IN: Kate Middleton visits University of Derby to hear how coronavirus has affected education

Beverly added: “It’s bizarre, really. It’s actually the Duke of Lancaster, who is basically the Queen, but I don’t think she knows about this property.”

Neighbour Julie Stevens discovered the land had been put up for auction while randomly looking at a property website earlier this week.

She said: “I was very shocked. It came up as £1,000 auction. Parts of Sandybag Close, Victoria Avenue, Scott Avenue.

“That’s how I discovered it, no notification, no anything. I just don’t know how anybody could utilise it. You can’t build on it.

A spokesman for the Duchy of Lancaster insisted they are prepared to postpone the auction to allow homeowners to negotiate the sale directly.

In a statement, they said: “The local Council declined tp take over the land ownership. It is therefore customary for such land to be offered for sale at auction.

“We would be very happy to postpone the auction so residents who wish to acquire part of this land can enter into a direct discussion with the Duchy.”

Among the many titles the Queen is styled with is also the title of Duke of Lancaster, which allows her to benefit from the profits of the land of the Duchy.

The contended land was previously owned by a property management company which ceased to exist and the Duchy automatically absorbed the land as the private estate holds the special right to take over unowned land.

A similar prerogative also applies to the Duchy of Cornwall managed by Prince Charles, who also takes over any land or properties that remain unclaimed after the death of the owner.

The Duchy of Lancaster was estimated to be worth approximately £534 million in 2018 and the properties on the net income contributes around £20 million to the Queen’s pockets each year.