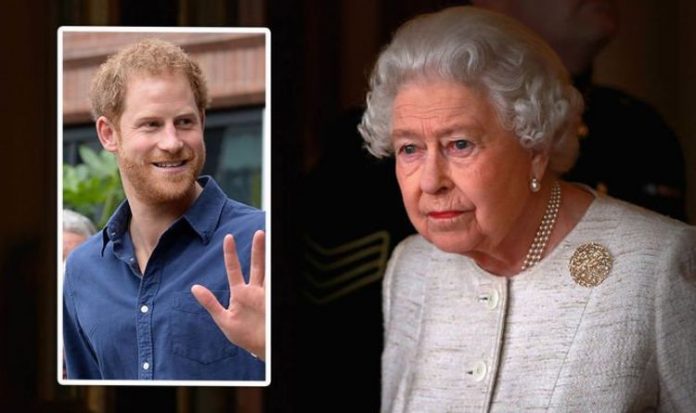 Meghan Markle and Prince Harry were asked to visit the Queen and Prince Philip during their summer break, it has been claimed. However, travel restrictions issued to minimise the spread of COVID-19 have made it impossible for them to fly across the pond and got in the way of a possible reunion, the Daily Telegraph wrote.

Speaking about a possible return to the UK of the Sussexes, royal expert Hugo Vickers told the publication: “The Queen is keen to keep the door open to him.”

The Duke and Duchess of Sussex flew across the pond in mid-March, after carrying out their last royal engagements before stepping down as senior royals.

The pair initially landed in Canada, where their son Archie Harrison had remained during their trip to England, but later moved to California to establish their post-royal life.

After a three-month stay at producer Tyler Perry’s mansion, Meghan and Harry moved into their new home in Montecito, Santa Barbara.

But despite having settled down in the US, the Sussexes have all intentions

to return to the UK to work alongside with their patronages, according to royal author Omid Scobie.

He told Royal Central: “Harry and Meghan have made it clear that their work in the UK, including their royal patronages, will continue.

READ MORE: Is Prince Harry still in line to the throne?

“While their base will be in the US, I think once travel restrictions ease we will see them moving around again and undertaking trips to the UK, both privately and professionally.

“A lot of the work they already started, including all four of Meghan’s patronages, are right here on British soil.”

Royal commentators believe the Queen is giving Meghan and Harry time to think about their current post-royal arrangement by establishing a 12-month transition period.

During this period, ending in March 2021, the Queen won’t fill any of the honorary military titles the Duke is to lose with Megxit.

The Queen also told Prince Harry during an emotional face-to-face meeting in early March he is “much loved and will always be welcomed back”, according to a source.

The source told : “It’s fair to say she is very upset about him and Meghan leaving and she would love to see more of Archie, as would Prince Charles and the rest of the family.

“She made it very clear to him that he and Meghan are always able to come back if they change their minds and she will welcome them with open arms.

“Hopefully the chat cleared the air and the way forward is looking more positive.”

However, Mr Scobie believes there are little chances for the Sussexes to resume their work as members of the Royal Family.

He said: “It’s safe to say that this is a couple who are very much forward-focused and are clearly in a good place.

“The Sussexes are more engaged in the issues that matter to them than ever, the work on Archewell – their non-profit organisation – continues, and, as we have recently seen, they have established a permanent family base in California.

“The UK will always be important to them, but I don’t think we’ll ever see that happen again as working royals.”

Last week, Meghan and Harry announced they struck a deal with Netflix, which will see them becoming producers of content ranging from children’s programmes to documentaries.

This deal helped their bid to become financially independent from the Sovereign Grant and Prince Charles.