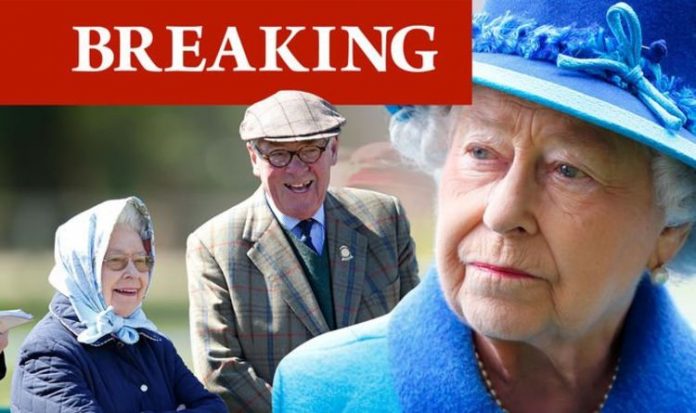 Samuel Vestey, the 3rd Baron Vestey, had died aged 79, it was announced today. His passing will deal a heavy blow to the Queen, as Lord Vestey has been a key component of the monarch’s racing circle.

Lord Vestey served as Master of the Horse to the Sovereign, the third dignitary of the court, for almost two decades between 1999 and 2018.

In this role, he managed the royal stables and the Queen’s beloved horses.

The year following his retirement he was appointed as a permanent Lord-in-waiting to the monarch.

Royal watchers will have spotted him often times at Royal Ascot, one of the Queen’s favourite events of the year.

During the procession ahead of the races, he often shared the carriage with Her Majesty.

Lord Vestey shared the Queen’s love for horses and also served as Cheltenham chairman between 1990 and 2011.

Lord Vestey’s death comes just a few weeks after the passing of his wife, 71-year-old Lady Vestey, who died on November 28.

Lord Samuel and Lady Celia married in 1981, a few months after he divorced from his first wife Kathryn Eccles.

Their eldest son followed in his father’s footsteps as he also served at the Royal Household and has horses in training.

Lady Vestey’s death came as a hard blow not just for the monarch but also for Prince Harry, as she was one of his godparents.

The death of her horse racing friend and former aide comes just two days before a painful anniversary for the Queen.

On February 6, the monarch will mark the 69th anniversary of her ascension to the throne.

But the same day also represents the anniversary of the death of her father, King George VI.

The former King died in his sleep of coronary thrombosis aged only 56 at Sandringham House.

At the time, the Queen was touring the Commonwealth with Prince Philip, and had to rush back to England to pay tribute to her late father.

Shortly after he died, the monarch gave a rare insight into her feelings in a letter to her private secretary.

She wrote: “It all seems so unbelievable still that my father is no longer here and it is only after some time has passed one begins to realise how much he is missed.”

However, owing to the pandemic, this year she is to remain at Windsor Castle, where she has spent the most part of 2020.

The Queen honours the memory of her father by leaving Christmas decorations up until the anniversary of his death.