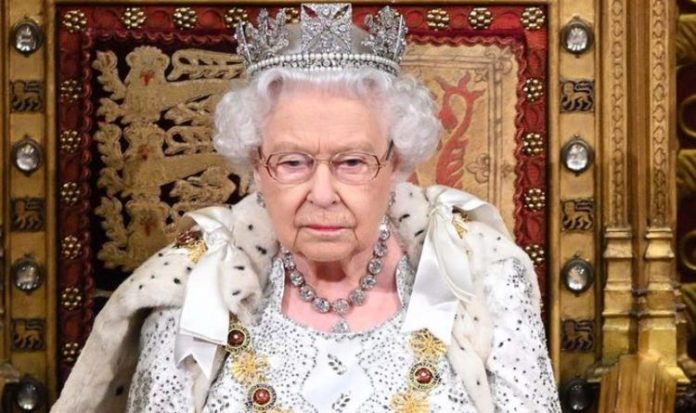 This year’s honours list was published this weekend after being delayed from June due to the coronavirus pandemic. The decision to honour those who have helped make a difference during the devastating pandemic this year resulted in an unprecedented 4,000 public nominations. Overall, 1,495 honours were granted, with 414 of these for services during the pandemic.

But the honours list has now been hit by claims the Cabinet Office failed to keep track of how many candidates are using so-called fixer firms.

A freedom of Information request to the Cabinet Office by the Daily Mail revealed officials do not record how many candidates ticked a box on their entry form that asked whether a fixer firm had been used.

Sir Alistair Graham, a former chairman of the committee on standards in public life, said: “I am astounded they ask for this information then do not keep a record of it.

“By not doing so means that worthy applicants who cannot pay for help could be pushed to the back of the queue and no one would have any idea.

“It defeats the point of the honours system.

“What if in one year everyone who paid for help was given an honour, and the Cabinet Office didn’t even know because it ignored the numbers?

“It just indicates plainly that this is a completely bankrupt system.

“Honours should be won on merit and when the Cabinet Office is being directly informed people are paying professionals to win their awards but are disregarding this information, then you just think, what’s the point?”

He said: “Those who are awarded honours should receive them solely on merit, not as a result of the depth of their pockets.”

The Awards Intelligence company helps 200 people apply for honours a year at a rate of up to £40,000.

MP Chris Bryant, chairman of the parliamentary committee on standards, warned there needs to be urgent reform.

He told the Daily Mail: “The entire point of an honour is that it’s something that is awarded on merit with a degree of transparency – in reality, this is murkier than the River Nile. There urgently needs to be top-to-bottom reform to the entire honours system.

“I would have hoped that if you tick the box or it becomes apparent you have paid someone else to do your application for you, then you should be automatically ruled out of getting an honour.

“The fact that they ask this question but don’t collate how many people do this just shows a complete disregard for keeping the honours system fair and brings the entire system into disrepute.’

The Cabinet Office has said there are no plans to collect data on the recipients who may have paid for help receiving their honours.

Express.co.uk has contacted the Cabinet Office for a comment.