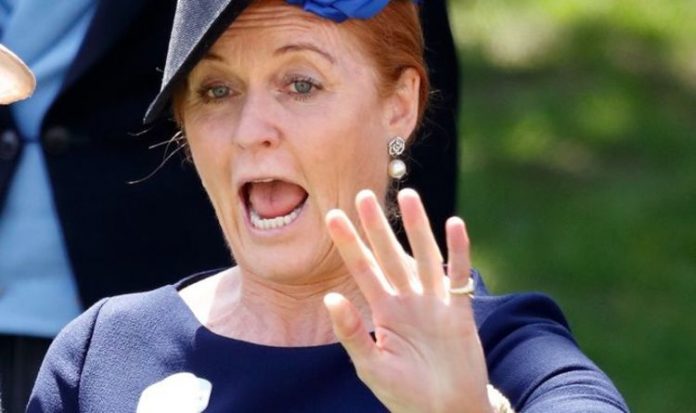 Sarah Ferguson has revealed that the country house and estate she and Prince Andrew moved into after their wedding could feature on Netflix hit show, Bridgerton. The Duchess of York opened up about this to Us Weekly as she also detailed her experience of becoming a grandmother and her relationship with the Queen. However, the move could spark a royal backlash as Netflix clashed with the Royal Family over the latest series of The Crown.

Royally Us podcast host Christina Garibaldi told listeners: “[Fergie] talked about her tie to Bridgerton, which I thought was interesting.

READ  ’He is WRONG!' Ireland’s Leo Varadkar SLATED by No10 over flights threat | Politics | News - UK

“It seems that if they do another season, they may be filming at a place very close to her heart.”

Co-host Molly Mulshine explained: “They might be filming at her and Prince Andrew’s marital home, Sunninghill Park.

“It was a privately bought wedding gift from the Queen to them.”

She added: “It was a pretty spectacular, gigantic house.

“If someone had given Meghan and Harry a similar house, I think people would have been irate.”

Ms Garibaldi said: “She said Bridgerton was so good that she watched it twice.

“She also admits that she has watched The Crown.”

The Crown’s depiction of the turbulent relationship between Prince Charles and Diana, Princess of Wales, rubbed many close friends of the royals the wrong way.

Even the UK Culture Secretary Oliver Dowden waded into the debate, telling the Mail on Sunday: “It’s a beautifully produced work of fiction, so as with other TV productions, Netflix should be very clear at the beginning it is just that.

Netflix eventually issued a statement to the Mail on Sunday: “We have always presented The Crown as a drama — and we have every confidence our members understand it’s a work of fiction that’s broadly based on historical events. As a result we have no plans, and see no need, to add a disclaimer.”