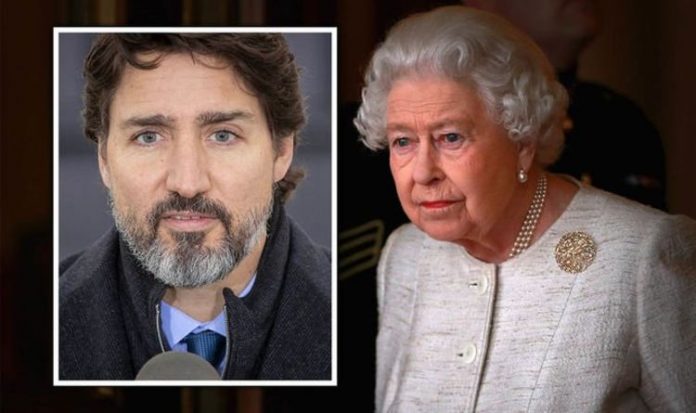 The Governor-General of Canada, former astronaut Julie Payette, stood down yesterday after senior officials received the results of an independent probe looking into reports of verbal abuse and bullying by her. The 57-year-old had been appointed in 2017 by Canadian Prime Minister Trudeau to represent the Queen in the country for the following five years.

In her statement, Ms Payette said she had come to the conclusion a new Governor-General should be appointed.

She added: “We all experience things differently.

“Everyone has a right to a healthy and safe work environment, at all times and under all circumstances.

“It appears this was not always the case at the Office of the Secretary to the Governor-General.

“Tensions have arisen at Rideau Hall over the past few months and for that, I am sorry.”

The secretary to the Governor-General, Assunta di Lorenzo, also stepped down yesterday.

Mr Trudeau said the current chief justice of Canada, Richard Wagner, will fulfil the duties of the Governor-General until a new one is appointed.

The Canadian Prime Minister also issued a statement in the wake of Ms Payette’s resignation.

He said: “Every employee in the Government of Canada has the right to work in a safe and healthy environment, and we will always take this very seriously.”

One staff member said Rideau Hall, the residence of the Governor-General – had become a “house of horror”.

In his brief statement, Mr Trudeau did not thank Ms Payette for her service, despite having described her as “an excellent Governor-General” upon calling for the independent probe in 2020.

The Governor-General’s resignation will have no immediate implications on the Canadian government.

However, it will be embarrassing for Mr Trudeau, according to an expert.

Nelson Wiseman, a political science professor at the University of Toronto, said: “Julie Payette ought to have resigned months ago when so many negative media reports appeared about her behaviour.

“I don’t think this affair will hurt Trudeau politically but it does embarrass him because he chose her.

“My feeling has always been that it is best to choose a Governor-General who is not a celebrity, but the Liberals cannot help themselves.”

Queen news: The Queen is the head of state in 16 countries (Image: EXPRESS)

Candidates for the role of Governor-General are usually vetted by a special committee.

However, Mr Trudeau decided to ignore this step upon appointing Ms Payette.

Don Davies, a member of parliament for the opposition New Democratic Party, said: “The colossal failure of Ms Payette’s term falls squarely on his shoulders”.

The role of Governor-General, who must be strictly non-partisan, is largely ceremonial and sees the official representing the Queen in countries where she is the head of state.

Among the common duties of the Canadian Governor-General there are usually swearing-in governments and the country’s chief justice as well.

People assuming the role of Governor-General also formally sign legislation and, being representative of the Queen in the country, are commander-in-chief.

On rare occasion, this official can also be asked to settle constitutional questions.

The Queen is the head of state in 16 countries – including Barbados, New Zealand and Australia.