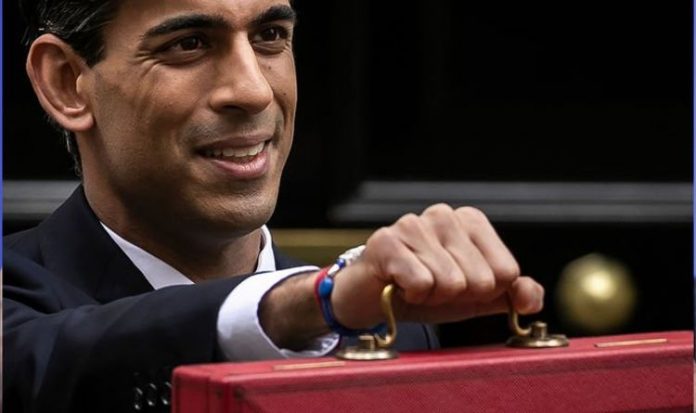 Five years ago, backbench MP Rishi Sunak wrote a report for the Centre For Policy Studies extolling the virtues of freeports with ideological zeal. He claimed they would “unleash the potential in our proud historic ports, boosting and regenerating communities across the UK”. Today, Mr Sunak is Chancellor and his dream for Britain is about to become reality.

The Government is planning to launch up to 10 freeports across the UK, with one in each of the four nations.

Freeport sites will be located inland as well as by ports, increasing the range of options for sites and potentially allowing manufacturing plants to be designated.

The country has had freeports before, but those – established in the Eighties and Nineties in ports like Liverpool and Tilbury – eventually withered and died.

All they could offer was freedom from customs duties, and this was not enough on its own, as more or less the same benefits could be gained by importers and exporters through normal customs procedures.

This time around, UK freeports will have greater attractions, such as streamlined planning processes, tax relief packages, simplified customs procedures and duty suspensions on goods.

These key elements are similar to the ones enjoyed by Singapore, which has boosted its economy thanks to the creation of freeports.

More than 30 areas in England have reportedly bid to become a freeport.

Bids in England will be scored against different criteria.

One of the most important, according to the Government, will be to show how a freeport can bring economic opportunities to poorer regions and “level up” the country.

More details on this are expected to be announced in today’s Budget.

Jonathan Branton, a partner at law firm DWF, told the BBC the UK does have more flexibility in this area thanks to Brexit, as it doesn’t have to follow the EU’s rules.

He pointed out tax breaks offered to freeport firms would no longer require prior sign-off from the European Commission.

However, he noted the Brexit trade deal still requires subsidies to be justified, otherwise they could be challenged in UK courts.

In an exclusive interview with Express.co.uk, Conservative MP John Redwood welcomed the news of tax-free zones, saying: “Freeports are an incredible idea.

“The freer these ports are, the better.

“The idea is that you don’t have to charge all the taxes on products that you import temporarily in order to turn them into value added exports.”

The prominent eurosceptic added: “But you can go further than that…

“I would add enterprise zones to the free ports, so they are areas where there is very active enterprise promotion but lower taxes and fewer regulations in order to allow them to work better.

JUST IN: EU’s recovery fund ripped apart by French MEP: ‘Might not be legal’

“That would be a very good way of building larger towns and cities around the country with more industrial and commercial activity.

“We want to reduce our dependence on London and the South East, as we are a global trader, and the ports don’t have to be clustered around Kent and London.”

Tees Valley Mayor Ben Houchen echoed Mr Redwood saying freeports will not only create thousands of jobs in his city region but also bridge the North-South divide in England.

He wrote in a recent column: “A North-East freeport on the Tees will make us a hive of activity, enterprise and innovation.

“It will ensure that we are ready to take full advantage of post-Brexit opportunities. We already have strong links with the Pacific: imagine how enhanced these will be as the UK signs our first free trade deals with global partners including Australia, New Zealand and fast-growing Asian markets.

“We need freeports established across the country to keep up with the demand.”

Practically speaking, Mr Houchen noted, a freeport in the Tees Valley would mean moving the UK’s customs border so the South Tees Development Corporation land and Teesport would lie outside of it.

He added: “This would make it extremely attractive to international investors and British companies alike, in sectors like chemicals, offshore renewables, energy and advanced manufacturing.

“Not only would they take advantage of an investment-friendly tax and regulatory environment to create jobs and to power our economy, they would have access to some of the country’s most skilled workers.

“As many as 32,000 Teessiders could find new jobs over the next 25 years, putting our world famous skills and can-do attitude to good use.”

Mr Houchen concluded in his piece for the Northern Echo: “The United States has pioneered the creation of over 250 free trade zones, employing 420,000 people, many in high-skilled manufacturing jobs.

“If the UK model is implemented as successfully, it could have a significant economic impact.”

According to a new report by UK in a Changing Europe, though, the key components of the post-Brexit economic strategy are not a “magic bullet” and are unlikely to lead to the sort of transformation the Government hopes for.

It says that evidence that freeports create additional jobs is unclear, while there is a public cost of maintaining them which is exacerbated by the necessity of providing financial incentives for businesses to relocate to them.

Professor Catherine Barnard, deputy director of UK in a Changing Europe and one of the authors of the report, said: “If the Government thinks freeports are a magic bullet that will create hundreds of thousands of new jobs, bring billions of additional pounds to the Exchequer and radically transform an area it is mistaken.

“That is not to say they should not be created but the thought they’re going to transform the wealth and prosperity of this country is simply untrue. It will help the regions that get a freeport – but possibly to the detriment of those that don’t.”

However, Tom Lees, the director of the Northern Policy Foundation think-tank, rebutted: “It is well known that the vast majority of academics voted Remain in 2016 which sadly colours and influences the research they produce.

“Nobody has ever claimed freeports will be a ‘silver bullet’ and to do so would be naive or misinformed. Freeports are one type of intervention as part of a package that can help to create jobs, growth and encourage investment as can be seen from the 4,000 in existence around the world.

“The UK’s model cherry-picks the best elements of international freeports and makes it work for our economy and needs which will reduce displacement risks while coming with the highest standards against money laundering and inappropriate use.

“There were very basic and limited freeports in the UK up to 2012 which are incomparable to the model currently proposed. A major difference is that the current approach will include tax zones with attractive incentives and benefits well in excess of enterprise zones for businesses to help our post-Covid recovery and levelling up.

“Many businesses we have spoken with find the UK’s freeport approach attractive and look forward to creating new jobs, opportunities and securing inward investment that would have gone elsewhere.”