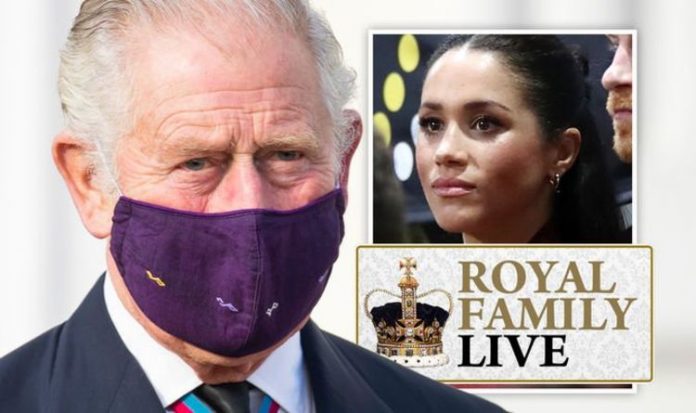 Prince Charles and Camilla, Duchess of Cornwall, took part in Germany’s National Day of Mourning yesterday – but the comments he made during the visit could be a breach of royal protocol. The heir to the throne appears to have waded into UK politics by commenting on “the fundamental bond” between the UK and Germany, just weeks before the Brexit transition period ends and Britain severs ties with Europe. Charles also said the two nations will “always be friends”, during a historic speech inside Germany’s parliament.

Prince Charles directly commented on Brexit during the speech, when he said: “The United Kingdom has chosen a future outside the European Union, and the relationship between our countries is evolving once again.

“Its shape is a matter negotiated between our governments and its essence is defined by the enduring connections between our people.

“It is, therefore, my heartfelt belief that the fundamental bond between us will remain strong: we will always be friends, partners and allies.

“As our countries begin this new chapter in our long history, let us reaffirm our bond for the years ahead.”

Charles and Camilla were the first members of the Royal Family to take part in Germany’s National Day of Mourning, when all victims of war and tyranny are remembered.

The visit was a poignant and historic event, but Charles risked breaking an important royal protocol by referencing Brexit.

It is considered sacrosanct for members of the Royal Family to remain apolitical and in practice, they never participate in elections, by voting or stating a political allegiance.

Meghan Markle and Prince Harry came under fire last month for imploring American citizens to vote in the US Presidential election.

The Duchess urged Americans to vote in “the most important election of our lifetime”, while the Duke urged voters to “reject hate speech, misinformation and online negativity”.

The couple did not directly back a particular candidate, but commentators said it was obvious the pair were endorsing Democrat candidate Joe Biden.

7.42am update: Prince Charles proposed to his cousin before marrying Princess Diana

Prince Charles was pressured into proposing to his second cousin, Amanda Knatchbull, according to royal experts.

But Ms Knatchbull declined the Prince of Wales’ offer because she did not want to surrender herself to a “system”.

She was Prince Charles’ cousin and Lord Mountbatten’s granddaughter.

Mr Lacey wrote: “Over the years the two cousins did grow close, developing a mutual respect and friendship that has lasted to the present day.

“But when the prince finally made his proposal in the summer of 1979—shortly before Lord Mountbatten’s assassination by the IRA—the independent-minded Amanda politely turned him down.”