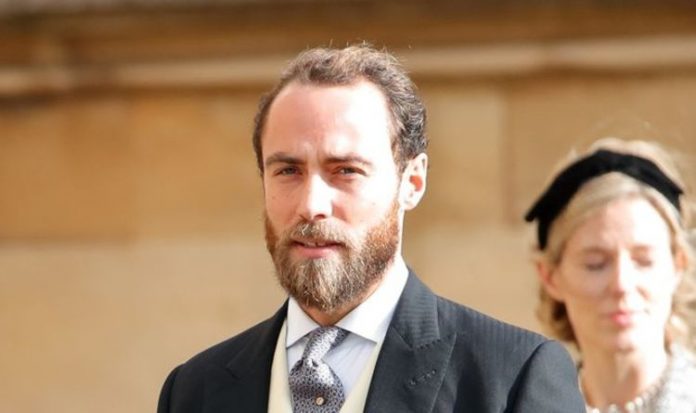 Mr Middleton is a keen Instagram user, regularly sharing snaps of his home life and his travels.mHe also proudly displays his large litter of dogs – one golden retriever and five black spaniels – that he co-owns with Ms Thevenet.

Mr Middleton and Ms Thevenet got engaged in October last year after dating for 15 months.

However, the couple are believed to have postponed their wedding in the wake of the coronavirus pandemic.

The Duchess of Cambridge’s brother is believed to have proposed privately while on a trip to the Lake District.

He gave his wife-to-be a sapphire ring, similar to the one the Duke of Cambridge proposed to Kate with.

The couple share a home in London and a countryside residence in Bucklebury, in West Berkshire.

During the first coronavirus lockdown earlier this year, Kate’s brother and his fiancée left London to isolate at their country residence.

The Middleton’s residence boasts seven bedrooms, a swimming pool and a tennis court.

Kate’s brother regularly shares snaps of his trips to the countryside, which often feature boating trips and strolls with his dogs.

He is also a dedicated bee keeper who is “fascinated by the little creatures”.

Accompanying a photograph of the beaming couple, he wrote in the caption: “She said OUI.

“Our secret is out but we couldn’t be happier to share the news.”

As well as the snap, Mr Middleton posted an Instagram story with several pictures of the pair, accompanied by the song “Sexy Weekender” by Scoundrel.

Mr Middleton also posted footage of the couple swimming in the sea with a yacht in the background.

He wrote: “I asked @alizeethevenet a question the other day…”

A friend of the couple said: “He seems finally to have found ‘The One’”