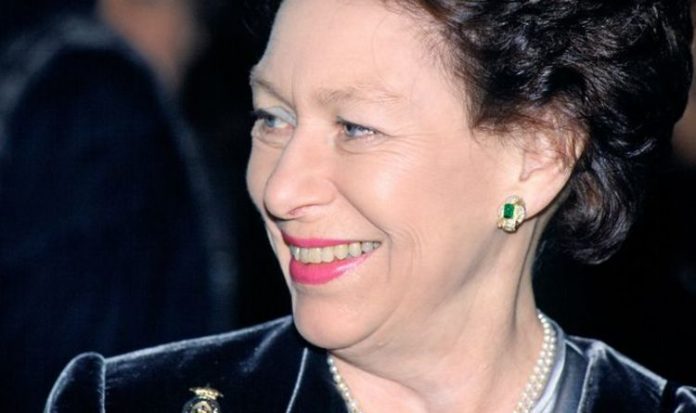 Royal Family aides were left concerned when Princess Margaret embarked on a turbulent relationship with “bohemian” photographer Anthony Armstrong-Jones months after her former lover, Group Captain Peter Townsend, announced his upcoming marriage. The couple’s connection was kept under wraps to avoid the media attention Margaret’s romance with Captain Townsend had sparked but the “racy” pair soon came to be considered one of the most “glamourous” couple in the UK. Speaking to True Royalty TV, royal expert Richard Kay said: “We tend to forget now what a glamorous young couple Margaret and Tony Snowdon were.

“They really were the epitome of glamour in the swinging 60s. They moved to Kensington Palace in 1960, after their wonderful wedding, and it sort of rejuvenated the palace. It brought a great breath of fresh air into the place.

“Yes, they moved into rather racy circles, Tony was always being described in those days as a bohemian. He rode a motorbike – oh wow.

“Well, that and his rather rackety private life that he had. But they did have a rather glamorous life.

“Princess Margaret was Princess Diana, she was Meghan, she was Kate of her day all rolled into one. She was a glamorous young lady.”

Despite Margaret and Tony winning over the public, historian Anne de Courcy suggested royal courties had been opposed to the wedding as they had hoped the princess would marry a wealthy aristocrat.

But the Royal Family welcomed the titleless Armstrong-Jones with open arms, with the Queen believed to have pushed for the wedding to happen after having been unable to support Margaret’s plans to marry Group Captain Townsend years earlier.

Ms de Courcy said: “They all liked him very much—Tony had great charm, very good manners and he knew exactly how to behave.

“He felt devotion to the royal family, to the Queen, who he admired immensely.

The Earl and Countess of Snowdon welcomed their first child, son David, in 1961 and then a daughter, Sarah, in 1964.

Cracks in the relationship began to show early on in the marriage and the couple ultimately announced their plans to divorce in 1978.

Armstrong-Jones had long been entertaining a romantic relationship with Lucy Lindsay-Hogg, with whom he had another daughter, designer Lady Frances Armstrong-Jones.

The pair separated after the Earl of Snowdon was revealed to have fathered a love child with Melanie Cable-Alexander, an editor at Country Life magazine.

Princess Margaret never remarried but had an eight-year relationship with landscape artist Roddy Llewellyn that ended in 1981.