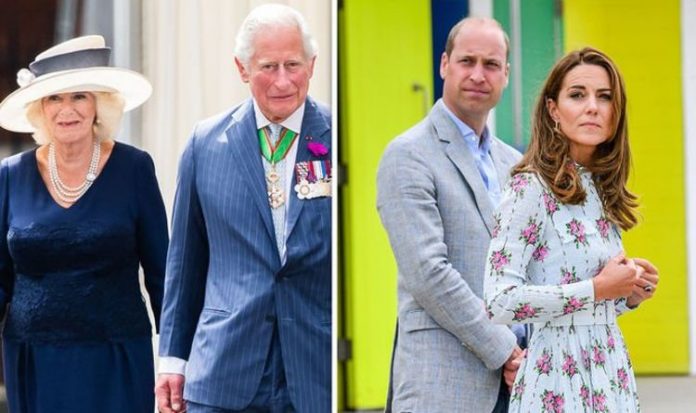 Kate, Duchess of Cambridge, 38, Prince William, 38, Prince Charles, 71, and Camilla, Duchess of Cornwall, 73, all returned to face to face engagements after lockdown was eased. Working royals can meet dozens of people at any given in engagement but this custom may need to be curtailed to abide by new Government guidelines.

From Monday, September 14 the British Government has made social gatherings of more than six people illegal.

The decision was taken following a steep rise in the number of coronavirus cases in the UK.

There are some exceptions to the new rule which will come into effect just two weeks after schools across England reopened.

The ban will not apply to schools, workplaces, COVID-secure weddings, funerals and organised team sports.

READ MORE: Prince Charles has to take important step before being crowned king

Prince Philip and the Queen are due to travel down from Balmoral to Wood Farm on the Sandringham estate in Norfolk.

The Cambridges country home Anmer Hall is a short distance from Sandringham and the families may wish to meet up for walks.

However, Kate and William may have to take their children one at a time to see the Queen and Philip as all of them meeting at once would breach the new Government rule.

“Gatherings are ok, they should be socially distanced of course, but groups only of up to six.”

Asked if the new rules may stop grandparents helping out with childcare, Mr Hancock said: “I’m not actively trying to do that”.

But he said the government is “quite worried about” the “very serious problem” of children potentially passing on the virus to older grandparents.

Royal engagements are expected to be carried out in keeping with Government guidelines.