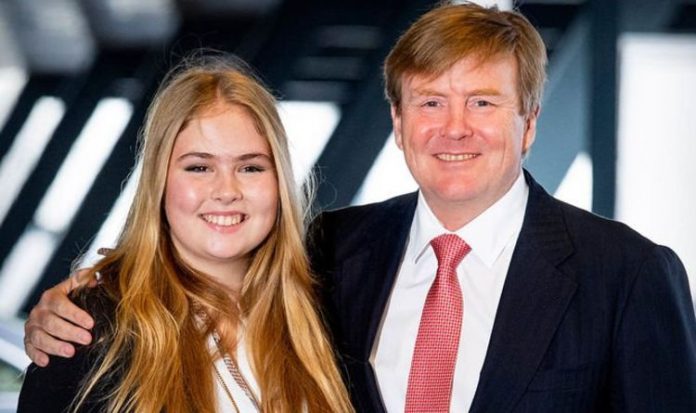 Princess Catharina-Amalia, the Princess of Orange, will start receiving her yearly allowance from December 7 next year, when she turns 18. The Dutch palace submitted its budget to the country’s Parliament yesterday, which approved it despite some MPs have shown a long-time discontent over the amount of the allowance to be allocated to the future Queen.

According to local news website AD, Parliament has “grumbled” over the past few years when the sticky topic of funding the teenager was being brought to MPs’ attention.

European monarchies watcher RoyalArjan wrote on Twitter following news of the budget: “There is quite some public outrage about this.”

The yearly allowance for the heir to the throne in The Netherlands is set out by the Constitution.

READ  Responding to the humanitarian crisis in Yemen

Princess Catharina-Amalia is set to become the fourth person in the Dutch Royal Family to receive state funds.

At the moment, the monarch and his wife, King Willem-Alexander and Queen Máxima, are receiving taxpayers’ money.

Princess Beatrix, who reigned as Queen of The Netherlands between 1980 and 2013 before stepping down from public office, also continues to receive a state allowance.

Upon turning 18, Princess Catharina-Amalia is also to take up a seat in the Advisory Division of the Council of State.

Princess Catharina Amalia is the heir apparent to the Dutch throne (Image: GETTY)

This will see her advising the Government and Parliament on legislation and governance.

Taken in July in The Hague, these portraits show the three smiling princesses posing in front of the camera.

The Princess of Orange’s two sisters are Princess Alexia, 15, and Princess Ariane, 13.

The Dutch Royal Family spent their summer holidays in Greece.

There, the royals were accused of not abiding by social distancing rules while visiting a restaurant on the island of Milos.

The King and Queen issued an apology, saying they regretted not paying “enough attention” and getting too close to staff at the location.

In a tweet, the royal couple said: “A photo appeared in the media in which we didn’t keep enough social distance.

“In the spontaneity of the moment, we didn’t pay enough attention to that. Of course, we should have.

“Compliance with coronavirus rules is essential on holiday as well to get the virus under control.”