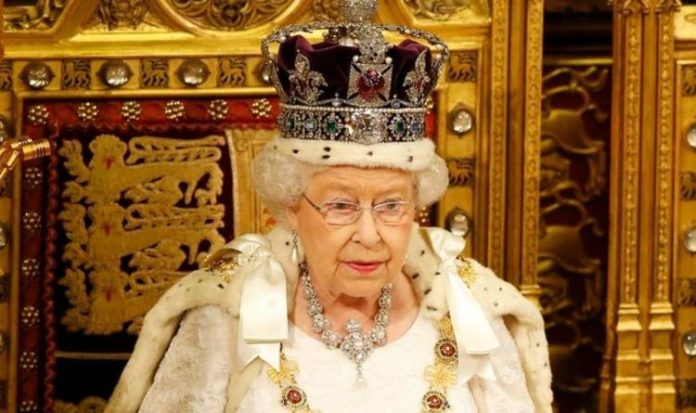 Yesterday it was claimed the Queen’s private lawyer, Matthew Farrer, lobbied the Government to make a change to an upcoming piece of legislation. The change, which MP’s were reported to have approved, enabled the monarch to conceal her private wealth from the public, according to National Archives documents. But a royal expert has torn apart claims the Queen was in cahoots with the Government to hide her wealth, and said “the evidence is hardly compelling”.

The legislation, drawn up in 1973, was altered using a parliamentary procedure called the Queen’s consent, The Guardian reported.

The new clause initiated by the monarch’s lawyer, granted the Government the power to exempt companies used by heads of state from new transparency measures.

READ  Prince Harry news: Duke joins helicopter club in US with hopes to JET OFF with Meghan | Royal | News (Reports)

The papers, found in the National Archives, revealed Mr Farrer had met with civil servants at the then Department of Trade and Industry to discuss the proposed legislation.

Following the meeting, civil servants informed the relevant ministers who drew up revised proposals to the Companies Bill.

The Guardian claimed this procedure allowed Her Majesty’s private shareholdings to be concealed until 2011 at the latest.

But Richard Kay, a Daily Mail columnist and royal expert, has pointed out there are several legitimate reasons as to why the Queen’s private wealth should be concealed.

He said: “One justification for such a move to hide her shares portfolio was that public knowledge about where the Queen invested her money might influence the market.

“While undoubtedly convenient in shielding the Queen’s finances, it also seems plausible.

The commentator also pointed out the changes to the Companies Bill did not provide any revolutionary changes, it simply maintained the status quo of the Queen’s private investments.

Mr Kay concluded that the evidence detailed by the Guardian does not expose a “hidden conspiracy”.

He said: “Does this reveal some hidden conspiracy between Government and sovereign to protect her private wealth?

“On the evidence supplied by the Guardian, it is hardly compelling.”

In a statement, a spokesperson for the Queen told Express.co.uk: “Queen’s consent is a parliamentary process, with the role of sovereign purely formal.