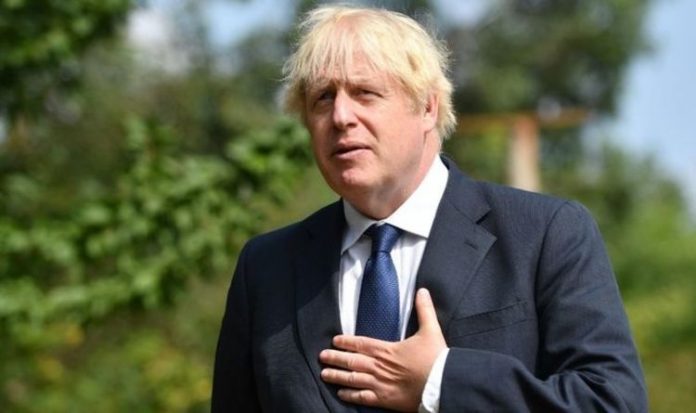 Many parents and unions have warned schools are not yet safe to be reopened and children could be at risk of getting coronavirus. Some teaching unions have expressed fears reopening schools could lead to a second wave of infections by Halloween. However, The Department of Education and Boris Johnson have said that all pupils in England are expected to return to class full-time at the beginning of the autumn term.

Schools shut on Friday March 20, except for the children of key workers, in a bid to curb infections.

Some Reception, Year One and Year Six children returned to the classroom on June 1.

Following weeks of missed school time and exams, Mr Johnson has called the return to the classroom a “national priority”.

In his appeal, Mr Johnson said: “I have previously spoken about the moral duty to reopen schools to all pupils safely, and I would like to thank the school staff who have spent the summer months making classrooms Covid-secure in preparation for a full return in September.

“We have always been guided by our scientific and medical experts, and we now know far more about coronavirus than we did earlier this year.

“As the Chief Medical Officer has said, the risk of contracting Covid-19 in school is very small and it is far more damaging for a child’s development and their health and well-being to be away from school any longer.

“This is why it’s vitally important that we get our children back into the classroom to learn and to be with their friends. Nothing will have a greater effect on the life chances of our children than returning to school.”

DON’T MISS: No10 papers reveal no-deal Brexit and COVID-19 surge may cause CRISIS

The Chief Medical Officer has said the infection fatality rate for those between the ages of five to 14 is 14 per million, which is lower than for seasonal flu infections.

Last week concerned parents took children out of the classroom in Glasgow as a COVID-19 case was confirmed in a fourth school in the Renfrewshire area.

However, according to a Government study, only 0.01 percent of open educational settings had an outbreak.

Out of more than one million children attending nursery and primary school in June, only 70 were affected.

Schools have been asked to adjust to education within the pandemic by introducing more frequent hand-washing, promoting good hygiene and keeping pupils with COVID-19 symptoms away from school.

Schools are also required to minimise the number of contacts each pupil has during the day, by putting classes or year group into bubbles.

Also assemblies should just be one group.

Headteachers will follow up any absences and issue sanctions and possible fines.

The union Unison has told the Government they want to see test and trace improve and schools should have more cleaners.

They also said high risk staff must be kept safe.

There have been 41,429 deaths in the UK from COVID-19, but only a very small proportion of this number were children.