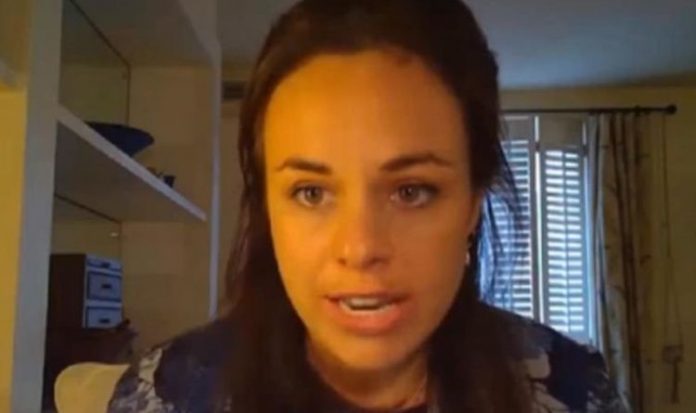 Scottish Conservative Maurice Golden asked the Holyrood Finance Secretary what her response is to the latest Government Expenditure and Revenue Scotland (GERS) figures which showed Scotland’s fiscal deficit grow to 8.6 percent of GDP in the 2019/20 financial year. Nicola Sturgeon’s Government spending went up by £15.1billion more than is received in revenues, official figures show. Mr Golden claimed that if Scotland were to become independent, this would make the country’s fiscal deficit higher than the Greek budget deficit was at the height of the financial crisis in 2008.

Speaking in the Scottish Government’s portfolio questions, Ms Forbes said: “As the member will know GERS provides estimates under the current constitutional arrangements in Scotland.

“It didn’t report on the finances for the Scottish Government and with 30 percent of the spending in GERS reserved to the UK Government along with over 70 percent in revenue.

“What GERS shows is the unsustainable nature of the UK and the need for Scotland to make its own choices.”

Mr Golden asked: “Does the Cabinet Secretary recognise that if she had her way Scotland’s fiscal deficit would be higher than the Greek budget deficit was the height of the financial crisis in 2008?”

READ MORE: Ian Blackford confronted with Sturgeon’s own words in 2014

Ms Forbes responded: “Having my way right now, I am obliged by law to balance the Scottish Government’s budget which we have done every year.

“Just a few months ago, Maurice Golden and his colleagues were complaning about the underspend in our budget which is the by-product of a Government which cannot overspend.

“Now he’s saying that there’s a deficit. Which is it, do we have an under spend or a deficit?

“With the levers and resources that this government has, we balance our budget and like every other country around the world, if we were independent we would use all the levers at our disposal to manage our finances in a far more sustainable way than the UK Government.”

It comes as Ms Sturgeon reignited her bid for a second Scottish referendum after announcing a draft bill would be published ahead of the May 2021 Holyrood elections.

Announcing her legislative agenda, she said suppressing COVID-19 is “our most immediate priority – and it will remain so for some time”, but her Government would use the disruption of the pandemic to “rethink how we do things”.

The Labour MP said: “All her focus should be on post-COVID recovery, not returning to the old politics of division that will harm Scotland’s society and economy.

“Re-opening the constitutional debate will do nothing to help our NHS recover from the pandemic, or help the children who have lost months of education, or help grow our economy.”