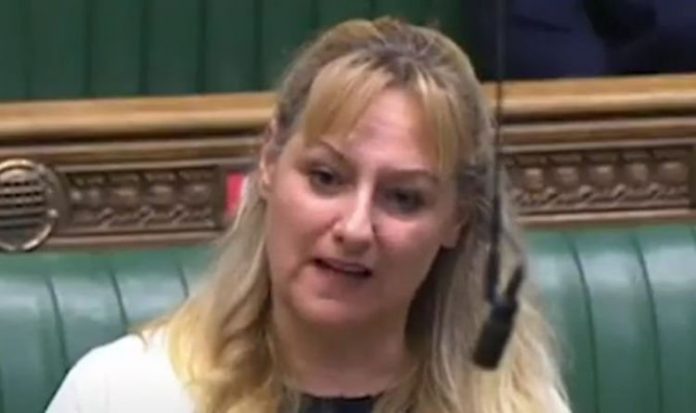 Members of Parliament are paid a salary of just under £80,000 per year and MPs can also claim expenses related to their work. These include employing staff, running offices, accommodation costs and travel bills.

Dr Cameron said most of the extra spending last year was the result of “long-term staff sickness absence”.

Two of these, a caseworker and chief of staff, were on permanent contrasts whilst the others were employed on a “fixed-term” basis.

Those in the latter category included caseworkers, interns and a personal assistant.

Lisa Cameron claimed the second most expenses of any MP in 2019-20 (Image: BBC Parliament )

Dr Cameron also spent £27,154.56 on accommodation, much of which went on a London flat rental as her constituency is in Scotland.

The MP also claimed £24,681.48 as the cost for running her constituency and parliamentary offices.

In total only Lindsay Hoyle, the House of Commons Speaker, claimed more than Dr Cameron, though this is not unexpected as the Speaker is expected to travel around the country for various events.

Speaking to the Daily Record, Dr Cameron said the high spending was due to illness amongst her staff.

She commented: “My own accommodation and office costs reduced but I have had the grave situation of long-term staff sickness absence.

“This triggered temporary additional funding from IPSA for staff cover, so I don’t feel it appropriate for anyone to try to make political capital out of significant ill-health within an unprecedented situation.”

Dr Cameron, a clinical psychologist, was first elected as MP for East Kilbride, Strathaven and Lesmahagow in 2015.

MPs with constituencies some distance from Westminster, such as those from Scotland, typically have higher expenses than those nearby.

It comes as taxpayers forked out £127.6 million to fund MPs’ salaries and expenses in the 2019-20 financial year, data showed.

Out of the 10 most expensive MPs, four of them belonged to the SNP.

The SNP’s Westminster leader, Ian Blackford, along with Chris Law and Brendan O’Hara also made the top ten.

The SNP want Scotland to leave the UK and apply to join the EU (Image: GETTY)

Cost of travel means Scottish MPs often have higher expenses, however, no Conservative or Labour representatives from north of the border were in the top 10 of the list.

The SNP are currently projected to win a majority at the May Scottish Parliament elections.

Nicola Sturgeon claims this will give her the mandate to hold a second referendum on Scotland breaking away from the UK.

However, Boris Johnson has ruled out any second vote, pointing out senior SNP figures pledged the 2014 poll would be a “once in a generation event”.

He suggested another referendum on Scottish independence shouldn’t take place until 2054 at the earliest.

Nationalist politicians have suggested they could hold a referendum even without the British Government giving the green light.

Douglas Ross, the Scottish Conservative leader, has urged unionists to boycott any referendum held without the British Government’s consent.

Separately former Scottish MP Luke Graham has been replaced as head of Downing Street’s union taskforce by Oliver Lewis, a veteran of the 2016 Vote Leave campaign.