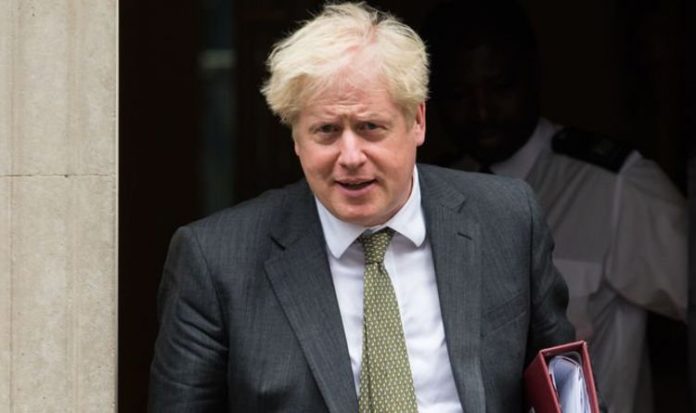 But the Chancellor is said to have ruled out the move following talks with Boris Johnson.

A Downing Street source also denied a claim that the pair had clashed over the issue.

The source said: “The Prime Minister has got the interest of pensioners at heart.

There isn’t a jot of difference between the Prime Minister and the Chancellor on this.”

The source went on to insist that the Government will not break the Tory general election manifesto promise to keep the triple lock in place.

Dennis Reed, of the Silver Voices pressure group for people aged over 60, said: “I’m pleased that the triple lock is going to stay.

“Pensioners have been concerned about noises from parts of the Government suggesting it could be abolished or paused. It would be a complete injustice if the triple lock had been scrapped because the British state pension is already bottom of the league in Europe in terms of comparison with earnings.

“It is only right that the triple lock is maintained.

This year’s rise was only a small increase but it still means a lot to pensioners who will be struggling through the pandemic and beyond.”

One report yesterday claimed Mr Johnson had “put his foot down” and overruled the Chancellor on the issue.

Mr Sunak was said to have wanted to suspend the triple lock for several years to ease the pressure on the public finances after spending on supporting the economy has sent the Government Budget’s deficit soaring.

Earlier this week, ministers introduced legislation into Parliament to ensure the state pension will not be hit next year if wages fall due to the Covid crisis.

Work and Pensions Secretary Therese Coffey launched a technical bill to close a legal loophole that could prevent the Government linking next year’s rise to inflation or the 2.5 per cent minimum figure instead.

Her Social Security (Up-Rating of Benefits) Bill is designed to ensure the Government can stick to the triple lock pledge by overriding earlier ­legislation that stipulated state pension rises must be linked to average wage increases.