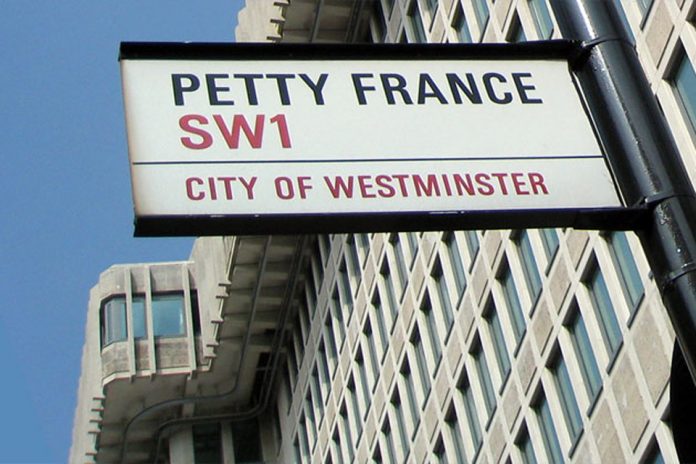 People arrested for serious crimes can spend longer in custody as they await trial, under government measures to keep the public safe while courts recover from the pandemic.

Under temporary legislation announced today, the period of time that offenders can be held before a trial – known as the Custody Time Limit – will be increased from 182 days to 238 days. These would include violent offenders and those accused of sexual crimes.

The move will protect victims and keep dangerous criminals of our streets – particularly in cases where there is a risk that defendants may abscond or commit offences if released on bail.

It addresses the delays to jury trials that have been caused by the pandemic – despite the world-leading efforts of judiciary, court staff and lawyers to keep justice moving since March and will prioritise cases such as domestic abuse and child protection.

Today’s announcement comes as the Lord Chancellor also unveils a comprehensive plan – backed by £80m of funding and developed with the judiciary – to boost capacity across criminal courts.

While the number of outstanding Crown Court cases reached a 10-year low in 2019, the impact of social distancing during the pandemic means courts cannot currently hear the volume of cases required to reduce the backlog.

Under the plan, a range of measures will be deployed to meet this unprecedented challenge. These will include employing 1,600 new staff to support the recovery; setting up more temporary ‘Nightingale Courts’; a further rollout of technology; and changes to the physical set-up of courtrooms to minimise risk, such as the introduction of plexiglass barriers.

Throughout the pandemic this government has taken the necessary steps to protect the public while ensuring that justice continues to be delivered.

This temporary extension to custody time limits will keep victims and the public safe, and we should not apologise for making that our priority.

At the same time, the measures I have announced today will get the criminal courts system back to where it needs to be – reducing delays and delivering speedier justice for all.

In welcoming the recovery plan, the Lord Chief Justice of England and Wales, The Lord Burnett of Maldon said:

The pandemic has had an adverse impact on the timeliness of the criminal justice system, with many trials necessarily delayed. This plan is an important document which gives a clear path towards recovery as the judges and magistrates, in partnership with HM Courts Service, the Ministry of Justice and many others, strive to ensure that cases are heard as soon as possible in the public interest and the interests of all those involved in the criminal process.

The legislation is expected to come into force on 28th September and will apply to anyone who is arrested and remanded for an offence deemed serious enough for a Crown Court trial after that date. The new custody time limits will remain in place for nine months. After which, current time lengths will resume.

Meanwhile, the Criminal Courts Recovery Plan sets out a range of measures which are designed to help the courts return to normal business as soon as possible and minimise any delays in delivering justice. These include:

In March, almost half of all courts were closed and jury trials were paused to minimise social interaction between court users. Since then, court staff, legal professionals, and the judiciary have collaborated to prioritise cases and keep the justice system running throughout the pandemic – with up to 90% of all court buildings now open.
Jury trials were reintroduced in May and are now taking place in more than three quarters of Crown Court buildings, with more than 900 cases listed. Additionally, HMCTS is on track to have opened 250 rooms suitable to hear jury trials by the end of October. Magistrates’ Courts are also currently disposing of more cases than they receive per week – helping to prevent delays.

This has been made possible by new safety measures being introduced across the estate. This includes employing extra cleaners and rolling out Plexiglass screens to allow jurors to safely sit closer together, enabling more trials to be heard. The transparent barriers are being installed in 160 courtrooms and 80 jury deliberation rooms across England and Wales.

An additional eight Nightingale Courts confirmed today follow an initial 10 unveiled earlier this summer. The temporary sites have been rapidly set up to provide extra capacity for more cases to be heard, adding a further 16 court rooms.

Meanwhile, ‘COVID operating hours’ are being piloted in Liverpool Crown Court. Two lists are operating in one courtroom – one in the morning from 9am to 1pm, and a second in the afternoon from 2pm to 6pm. Crucially, no one individual will be expected to participate in both the morning and afternoon sessions. This temporary proposal is being evaluated, with further pilots scheduled to begin in Hull, Stafford, Cardiff, Snaresbrook, Portsmouth and Reading in the coming weeks.

A major £142 million investment across the courts system has also been announced to speed up technological improvements and modernise courtrooms.