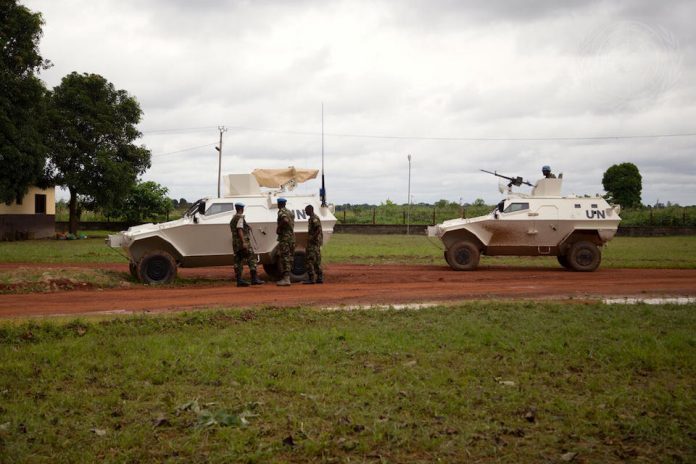 Thank you, Mr President, and thank you to SRSG Ndiaye for today’s briefing. I also want very much to welcome Foreign Minister Baipo-Temon. I look forward to hearing her perspective and vision for how the country can be unified.

Mr President, let me start by saying that the United Kingdom commends the Central African people for their determination in exercising their right to vote in the elections on 27 December, despite facing intimidation and violence. We firmly condemn this increase in armed group violence over recent weeks, and stress the need to ensure protection of civilians and humanitarian workers. We urge all parties to renew their commitment to the 2019 Peace Agreement and to cease violations of that agreement immediately.

The United Kingdom also wants to thank the women and men of MINUSCA for their perseverance in such adversity. We again express our deepest condolences to the families and governments of the seven peacekeepers whose lives have been lost since December. Any attack on UN peacekeepers sent by this Council to serve in communities that need them most, any such attack, is reprehensible. We call for those responsible to be brought to justice. Our support for the work of the mission remains unwavering and we stand ready to discuss strengthening of the mission to meet its operational needs.

Mr President, following the confirmation of presidential election results by the Constitutional Court, it is now incumbent upon all parties to respect the Court’s ruling. We urge all parties to exercise restraint and to abstain from declarations that may destabilise the situation.

It is imperative that all political actors, from both the government and opposition, engage in peaceful and constructive dialogue on the way forward for the country, with the support of the SRSG and the Peace Agreement guarantors. The needs of the Central African people, including the many thousands displaced as a result of this latest wave of violence, must come first.

In closing, Mr President, I would like to address the issue of the arms embargo. We have taken note of the points raised today. As others have highlighted, the arms embargo exists to prevent weapons from falling into the wrong hands and from fuelling armed group violence. It is not intended to prevent the government from obtaining the equipment necessary for defence and security sector reform; a number of standing exemptions exist for this very purpose. We believe it is important to maintain these measures, pending further progress on the key benchmarks set out by the Council in April 2019, in particular regarding weapons management.

I welcomed earlier the Foreign Minister of the Central African Republic, who I know is next on the speakers list. And I’d just like to address a question to her:

Madam Minister, given the standing exemptions which exist for the security forces of the Central African Republic and the other procedures for requesting new exemptions when required, and the fact that, to my knowledge, no requests from your government for exemptions on weaponry have been rejected, it would be extremely helpful if you were able to set out clearly whether, and if so, how, the arms embargo is preventing the government or its security partners from acting.