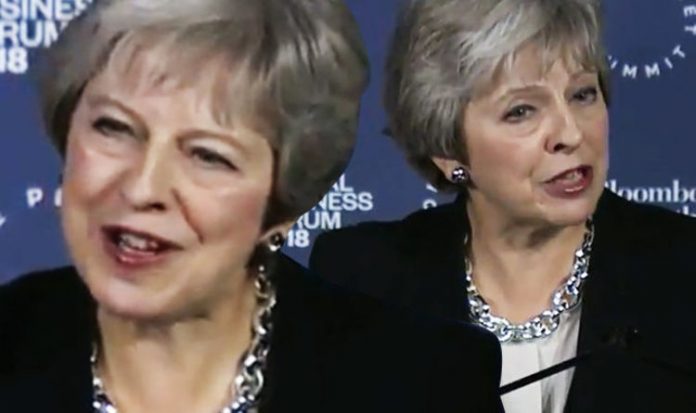 The Prime Minister has set out a plan to create an economy that is appealing to investors as she declared the UK is “openly pro-business”.

It comes days after EU leaders rejected her plans for future trading relations with Britain, but Mrs May insists she is “confident” a deal can be reached.

She told Bloomberg Global Business Forum: “My message today is that a post-Brexit Britain will be an unequivocally pro-business Britain.

“Crucially we also have a plan to deliver an economy that is knowledge-rich, highly innovative, highly skilled and high quality but with low tax and smart regulation.

“So let me say this bit very clearly. Whatever your business, investing in a post-Brexit Britain will give you the lowest rate of Corporation Tax in the G20.

Corporation is currently 19 percent but is expected to fall to 17 percent under Conservative manifesto plans.

This is a low rate in the G20 group of industrialised nations.

The Prime Minister was humiliated at the EU summit in Salzburg last week when they rejected her Chequers Brexit proposal.

But she insists there is no other plan that respects the result of the referendum and resolves the Irish border issue.

She added: “Our relationship with the EU will change with Brexit.

“But we will still be neighbours, we still be part of the European family of nations, and we will continue to champion the same beliefs – standing for freedom, democracy and the rule of law, underpinned by a rules-based global order.

“This is why I am confident we can reach a deal about our future relationship that is built in this spirit.”

Mrs May is attending the United Nations General Assembly.