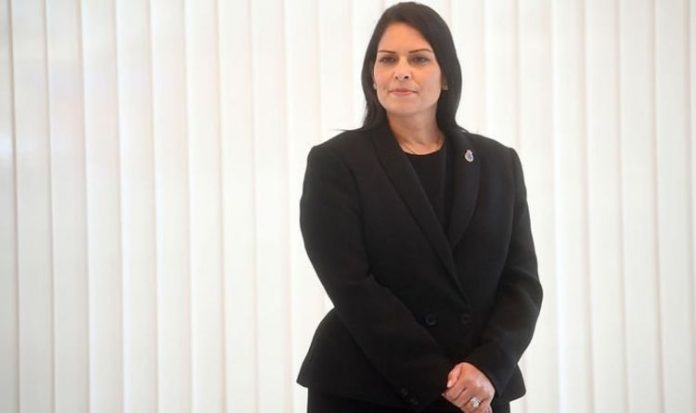 In a video call with the Conservative Friends of India on Tuesday, obtained by the Guido Fawkes blog, Miss Patel said: “On ‘should we have closed our borders earlier’ the answer is yes. I was an advocate of closing them last March.”

Reports at the time suggested that the Home Secretary had clashed with the Prime Minister over border policy.

Her remarks are at odds with Boris Johnson’s strategy, with compulsory quarantine for all arrivals only introduced on Monday.

The Prime Minister has faced sustained criticism from Labour over why the Government failed to roll-out tougher border restrictions earlier in the COVID-19 crisis.

At Prime Minister’s Questions yesterday Mr Johnson was pressed by Labour leader Sir Keir Starmer on why he “overruled” the Home Secretary.

The Prime Minister said: “I think it was last March that he, along with many others, was saying we didn’t need to close borders but, as usual, Captain Hindsight has changed his tune to suit events.”

He defended the Government’s record, saying it is doing “everything we can”.

Sir Keir countered: “What the Home Secretary said last night is not disputed, it’s that she was saying last March to the Prime Minister, ‘You need to shut the borders’.”

Mr Johnson then compared Sir Keir to “a weather vane” spinning around “depending on where the breeze is blowing”.

The Prime Minister’s spokesman insisted Mr Johnson had confidence in the Home Secretary.

Asked why the PM ignored her advice, he said: “I am not going to get into the detail of private conversations.”

The Government axed quarantine-free travel on Monday and ordered all new arrivals to prove they had tested negative in the past 72 hours.

Everyone must quarantine for 10 days, regardless of whether they have had a negative test.

Travellers can only break quarantine early if they pay for a private test after five days – which comes back negative.