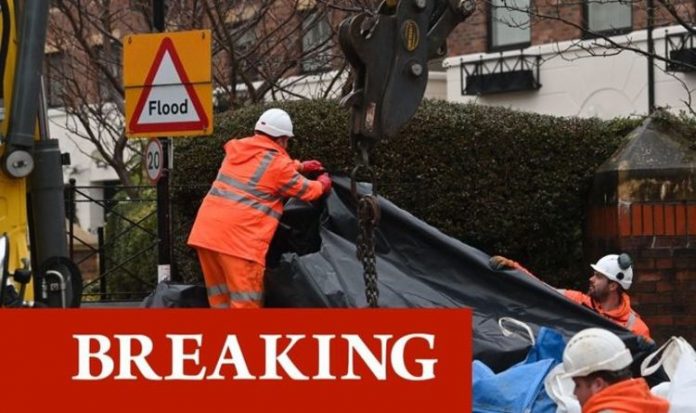 Emergency services worked throughout the night to protect the Wrexham factory producing the Oxford/AstraZeneca vaccine from flooding due to Storm Christoph.

Fire crews have been pumping water from the area and clearing gullies to make sure the water does not build up.

The storm continues to ravage the country as hundreds of people have been forced to evacuate their homes amid risks of rising flood waters.

Storm Christoph caused chaos across the country as thousands of people have been forced to evacuate their homes as danger to life warnings have been issued.

In Greater Manchester, around 2,000 homes were evacuated overnight and this morning as river levels rose at an alarming rate with more heavy snow due to hit.

Thousands of other people in North Wales and Merseyside have also been told to leave their homes.

Nearly 200 flood warnings have been issued across England, with 228 less severe flood alerts across the Midlands and the north of the country.