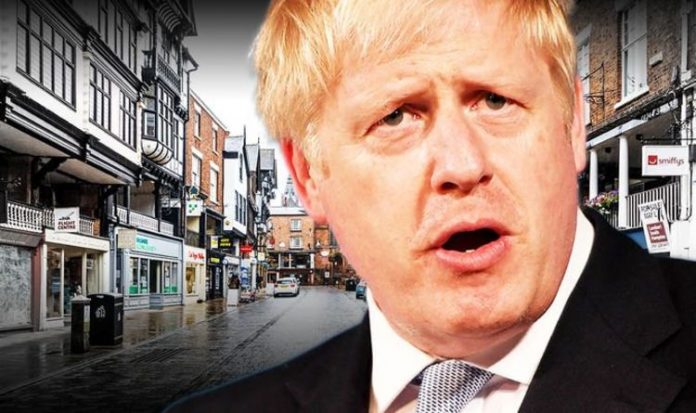 Prime Minister Boris Johnson is reportedly considering the introduction of new national restrictions – possibly as soon as next week. It comes as the Government races to get a handle on the spread of coronavirus. COVID-19 cases are now doubling every seven to eight days, with recent analysis suggesting the R number – the rate of reproduction – is at 1.7, while the Government is battling to keep it below 1.

“Short circuit” periods of lockdown are now being floated to slow the diseases’ spread.

Government officials have stressed that the plans stop short of an entire national lockdown as seen earlier this year.

Essential travel to schools and workplaces would continue, but restaurants and bars would be forced to shut or run on restricted hours, with households told not to mix.

The hospitality sector has reacted furiously, with one Buckinghamshire pub owner arguing this morning on the BBC’s ‘Today Programme’ that his venue was probably “the safest” place to be with the investments in hygiene and social distancing restrictions he has made.

Coronavirus UK: The Government’s misgivings with testing have been highly criticised (Image: GETTY)

Others have pointed out that most people in the hospitality sector cannot work from home and, with the furlough scheme coming to an end next month, many could face being out of pocket, with the Confederation of British Industry (CBI) warning that many workers face a “cliff edge”.

Mark Littlewood, the director general of the Institute of Economic Affairs (IEA), told Express.co.uk that he thought too much emphasis had been placed on home working in recent months, with those forced to continue to work on location throughout the pandemic ignored.

He said: “I struggle to think of very many manufacturing jobs that can be done from home.

“If you’re a bar maid or waitress you can’t work from home.

“There’s quite a chunk of creative work, or middle class professional work, that can be easily done remotely, we’ll probably see that becoming a more permanent feature of the landscape, but we shouldn’t overlook the vast swathes of the economy where the worker actually needs to be at the place of work that is absolutely fundamental for the job.

Testing: People queue to be tested for COVID-19 in Bolton (Image: GETTY)

UK high street: High streets around the country have further faltered since the pandemic (Image: GETTY)

The rules for pubs and cafes, as well as retail shops, have fluctuated throughout the pandemic.

Many shops, including the book-seller Waterstones, have been forced to keep at least some of their stores around the country closed because of a lack of business, for example, in city centres.

According to analysis by the Centre for Retail Research, 125,515 retail jobs have been axed while 13,867 shops have permanently shut across high streets, shopping centres and retail parks.

Data released by the Office for National Statistics (ONS) earlier this month further painted a grim picture for high streets, highlighting that retailers were already struggling before the pandemic.

Last year, around a third of the job losses were due to companies going bust: others were due to slimming down, and shedding less profitable units.

The forecast for this year – 243,000 fewer retail jobs – was based on data available in the early weeks of lockdown, so it did not take account of it lasting longer than first expected.

Rishi Sunak: The Chancellor has raced to curb the economic fallout of the lockdown (Image: GETTY)

The Government is fending off a total national lockdown in part to protect the UK’s economy from any more damage.

In its entirety, the pandemic is thought to have cost around £300billion.

There were hopeful signs earlier this month, when figures released by the ONS showed the UK’s economy had grown by 6.6 percent in July.

It means the economy has recovered roughly half the output lost in the pandemic, but it is still over 11 percent smaller than in February.