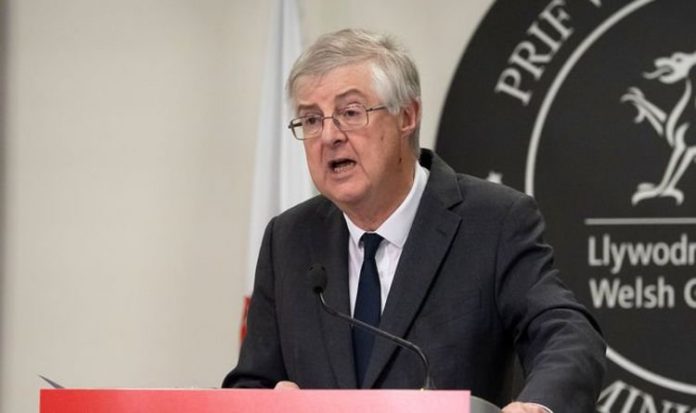 “I think the Welsh Government is to be applauded for actually putting the scientific advice it’s following online, I think it’s a happy distinction to SAGE in that matter.

“If you look at the advice they’ve posted, even if it works as they’ve planned it to work, the number of deaths they think they’re going to avoid between now and 31 March is 750.

“I don’t want to make light of that number but there are 30,000 deaths a year in Wales and they’re putting aside £300 million from their contingency fund, money which won’t be available for cancer drugs, mental health care, education, pretty much anything else.”

He added: “We’ve got a clear idea who the vulnerable people are, your risk goes up times ten for every decade of age, and at about 40 it’s about the same as having a road traffic accident.

“The people who died in the first wave in Wales were on average 80-years-old and on average had two significant conditions as well.

“What it does tell us there isn’t a lot of, what the economists rather soullessly call, health gain here.”

It comes as police in England will attempt to block non-essential journeys out of Wales while the country is under a two-week firebreak lockdown.

Gloucestershire Constabulary confirmed they will patrol routes into the Forest of Dean area and pull over vehicles they suspect of making long journeys.

“Officers will be running an operation from tomorrow and over the weekend that will cover routes from Wales into the Forest of Dean and if we stop someone travelling from Wales we will be engaging with them to find out why, explaining the legislation and encouraging them to turn around if we are not satisfied with their explanation.

“If they don’t turn around we will then inform the force that polices the area they have travelled from so that they can issue a fine.

“It is important to stress that the vast majority of people are abiding by the rules but, in line with our policing approach, we will take action where there are flagrant breaches.”

The 17-day firebreak lockdown began at 6pm on Friday.