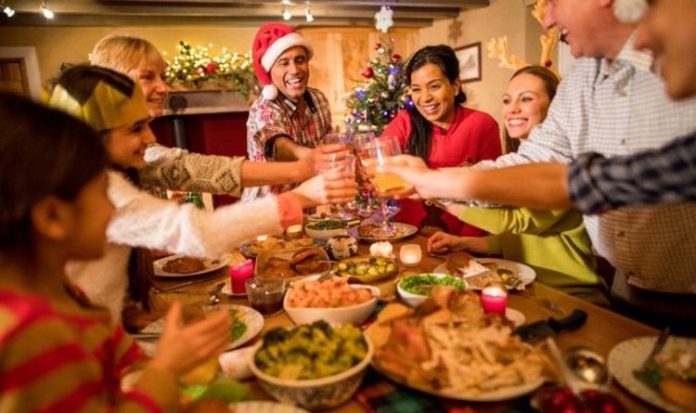 Recently announcing the lifting of lockdown measures on December 2, Prime Minister Boris Johnson said: “I can’t say that Christmas will be normal this year – but in a period of adversity, time spent with loved ones is even more important for people of all faiths and none. We all want some kind of Christmas, we need it, we certainly feel like we deserve it. But what we don’t want to do is throw caution to the winds and allow the virus to flare up again, forcing us all back into lockdown in January.”

He added: “To allow families to come together, while minimising the risk, we’re working with the devolved administrations on a special, time-limit Christmas dispensation, embracing the whole of the United Kingdom.”

In a Downing Street briefing, Professor Chris Whitty also spoke out about whether easing the rules over Christmas will lead to more severe restrictions before and after the holiday.

Professor Whitty said: “Everyone knows that, it’s not a secret at all.”

However, he said it is only a risk over the months of January and February, as this is the time when the NHS faces the most “extreme pressure”.

The Scottish Government has advised Christmas bubbles should contain no more than eight people, but children under 12-years-old will not count in the overall total.

Travel restrictions will be lifted to enable people to visit their families in any of the UK’s devolved administrations.

But the Government has warned there will not be extra public transport services to account for the rise in travellers.

The guidance has urged people to, instead, organise their travel plans far in advance in a bid to avoid a rush.

The relaxation of measures is not expected to be extended to cover the New Year period in England.

She said: “I know New Year is special for people, perhaps slightly more so in Scotland than in other parts of the UK, but the virus is still there.”

The planned fireworks displays in Edinburgh and London have both been cancelled this year.