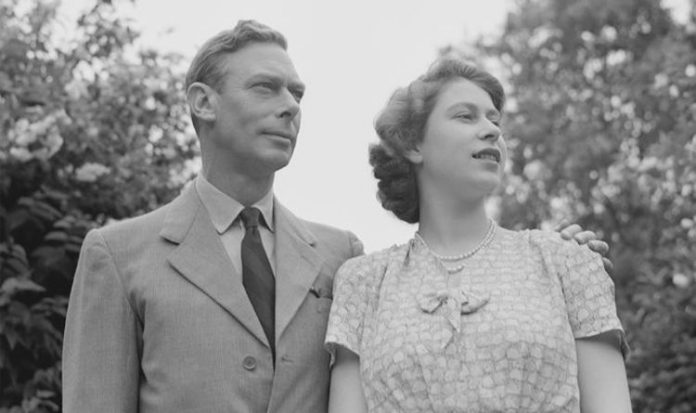 King George VI was a popular monarch, having served as monarch since the abdication of his older brother King Edward VIII in 1936. Born Prince Albert Frederick Arthur George, the second son of King George V, Albert decided to rule under the regnal name of King George VI. Edward gave up his right to rule to marry American divorcee Wallis Simpson, a match which did not meet the approval of the Church and much of the public at the time.

Following his ascension to the throne, the new king dropped his title as Duke of York to become monarch.

READ  Italian MEP lashes out at Macron for playing hardball in Brexit talks: 'He is weak!' | UK | News (Reports)

His wife, previously the Duchess of York, became Queen Elizabeth after her husband’s accession.

King George and his wife Queen Elizabeth, who was later known as the Queen Mother, were also parents to Princess Margaret, Princess Elizabeth’s younger and only sibling.

In the early years of his reign, it was up to King George to guide the nation through World War Two.

While the King was held in high regard by the public, his reign would only last for 16 years.

Privately, the King had battled several health problems in the months leading up to his death in 1952.

Prior to his death, the King had been diagnosed with lung cancer which resulted in surgery to have part of his lung removed in 1951.

King George VI had visited London Airport in January 1952 to say goodbye to the couple before their tour commenced.

Philip is thought to be the person who informed the Queen of her father’s death.

The night before the Queen found out about her father’s death, she and Philip had spent their evening at the Treetops Hotel in Kenya’s Aberdare National Park.

After the Queen was informed of her father’s death, the new monarch and Prince Philip immediately returned to the UK, and King George VI’s funeral was held on February 15, 1952.