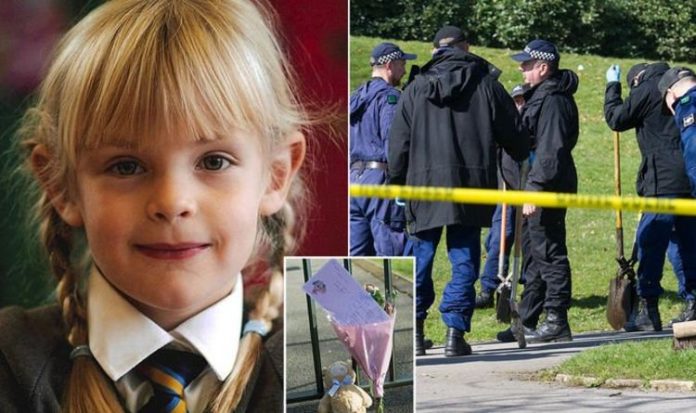 Emily Jones, seven, was riding her scooter through Queen’s Park, Bolton, in March when Eltiona Skana, 30, attacked her, it was said. The youngster arrived at the park with her father Mark Jones and screamed with joy when she spotted her mother Sarah Barnes jogging towards her. But a jury heard Skana jumped up holding a craft knife, grabbed Emily and slit her throat.

The defendant appeared at court for her trial via video link from high security Rampton Hospital, in Nottinghamshire.

Prosecutor Michael Brady QC said it is accepted she has had mental health difficulties for years, and that the jury must decide whether the attack was murder.

Mr Brady QC explained how Emily was on a scooter and had spotted her mother jogging wearing headphones.

The primary schoolgirl scooted towards her, ahead of her father.

But he explained: “Also in the park was Eltiona Skana. She was alone on a bench armed with a knife.

“Emily’s path to her mum took her past the defendant who grabbed her and in one movement slit her throat and threw her to the ground. The defendant ran away.”

They said Skana told them: “She tried to kill me,” before running off.