Known as the Auxiliary Units, or “Churchill’s secret army,” the force was a team of volunteers similar to Britain’s Home Guard, charged with defending the country at all costs. But, unlike the Home Guard, this covert group was a guerrilla warfare brigade shrouded in secrecy. Each unit, which held up to eight men, based their operations out of one of hundreds of tiny, concrete-capped bunkers buried throughout the countryside.

The locations of these bunkers were such fiercely guarded secrets that many of them still remain undiscovered.

That was until Forestry and Land Scotland (FLS) recently found one structure in Craigielands Forest near Moffat while felling trees.

FLS archaeologist Matt Ritchie said: “This discovery gives us an insight into one of the most secretive units that were operating during World War 2.

“It’s quite rare to find these bunkers as their locations were always kept secret – most were buried or lost.

“From records, we know that around seven men used this bunker and at the time were armed with revolvers, submachine guns, a sniper’s rifle and explosives.”

The bunker was found by FLS survey technician Kit Rodger.

READ  London panic: Police rush to the scene as women dies in park in the capital | UK | News (Reports)

He told the BBC in March: ”The bunker was missing from our records but as a child, I used to play in these woods and visit the bunker so I knew it was there somewhere.

“It was 40 years ago so I only had vague memories of the location and the vicinity had changed a lot and was overgrown with bracken.

They were tasked with causing havoc behind enemy lines if the Nazis invaded.

They were expected to die fighting — and, if capture seemed likely, ordered to kill themselves and their comrades with bullets or bombs.

Mr Churchill deployed the Auxiliary Units in 1940, though thankfully they never had to use their guerrilla training on the home front.

When the units were stood down many joined the SAS or other special forces for D-Day and served with distinction.

FLS said that due to the rarity and importance of the site as well as health and safety reasons the bunker was not open to the public and its exact location would be kept secret. 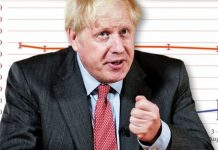 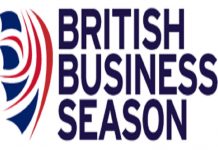