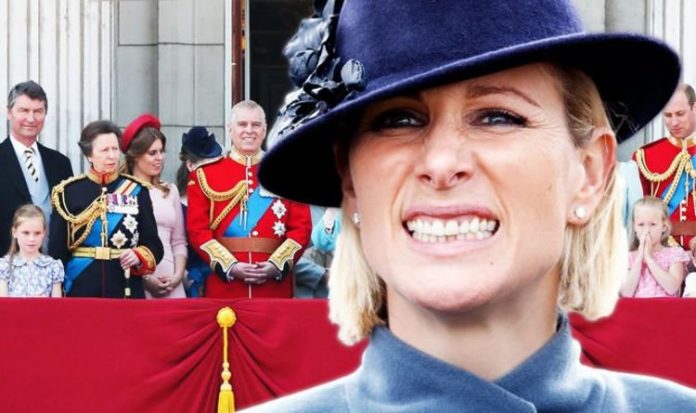 Zara is the daughter of Princess Anne and granddaughter of Her Majesty the Queen. Despite this, she has been able to live a life of relative “normality”. This is since Anne and her father Mark Phillips decided against bestowing a royal title upon Zara and her brother Mark Phillips.

The pair, then, are not working royals.

Unlike other royals who are actively engaged in work representing the family, and whose identity is bound in their titles – such as Prince William and formerly Prince Harry – Zara is widely regarded as a private citizen.

This means that she and her brother do not have access to taxpayer money, and do not receive an income from the Sovereign Grant for the upkeep of their lives.

Yet, this didn’t stop her from facing a grilling during a 60 Minutes Australia interview months after she had taken a silver medal in the 2012 Olympic Games.

When asked whether her life was “all the fun and none of the responsibility” because of her lack of royal title, the interviewer went on to note that “unlike other members of the Royal Family, you’re not on the civil list, you don’t get paid by the Government or taxpayer”.

To this, Zara said: “I’m a paying taxpayer,” to which the interviewer replied: “So you’re paying for the others?”

Zara turned away, towards someone off camera, and said: “He’s a lovely man, isn’t he?”

The interviewer, however, didn’t get the cue, and continued: “So you don’t mind paying for the rest of the family?”

She is also the face of Howrse, an online game for those passionate about horses.

Princess Anne set a precedent for working royals after she established her private finances.

Many other royals have come under fierce criticism for their use of the grant.

Harry and Meghan Markle used the money to renovate their private home, Frogmore Cottage, near Windsor Castle at a cost of £2.4million.

The public became outraged on hearing of the vast sums involved, this only furthered when the pair uprooted to the US earlier this year, leaving the cottage behind.

Last month, however, Prince Harry’s spokesman said he had paid the bill in full by making a contribution to the grant.

Other royals like Princess Beatrice and Eugenie are not considered working royals either, and were taken off the Sovereign Grant list after they graduated in 2011 and 2012.

At the time, their father Prince Andrew, was reportedly unhappy with the decision.