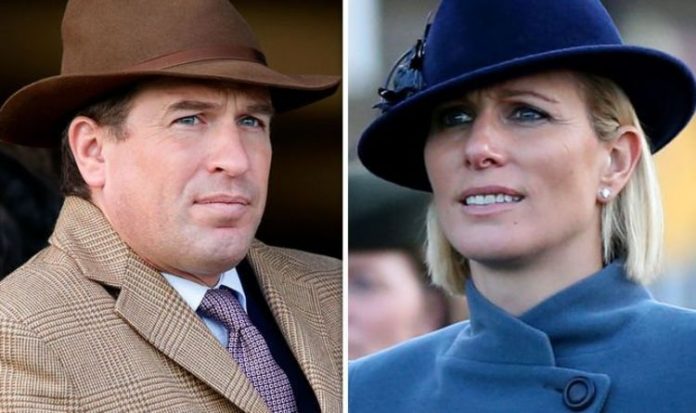 Zara Tindall, 39, and Peter Phillips, 42, are Queen Elizabeth II’s eldest grandchildren and were raised outside the royal bubble thanks to their mother Princess Anne’s decision not to give them official titles. The siblings are very close and both live on the Gatcombe Park estate with their families while Anne lives nearby at Gatcombe House.

Peter Phillips will turn 43 on Sunday, November 15 but ongoing lockdown restrictions will prevent him from celebrating the milestone in any meaningful manner.

Peter lives with his two daughters Savannah, 9, and Isla, 8, their mum, Peter’s estranged wife Autumn Phillips lives in a Gatmcombe Park home nearby.

Peter and Autumn announced their divorce last February in a statement which read: “Both Peter and Autumn have remained in Gloucestershire to bring up their two children where they have been settled for a number of years.

READ  Boris Johnson could mirror Harold Wilson and QUIT as Prime Minister: 'He is hating it!' | UK | News (Reports)

“Peter and Autumn have requested privacy and compassion for their children while the family continues to adapt to these changes.”

Despite their split, the Autumn and Peter remain close and as co-parents are in the same bubble during lockdown so may choose to mark Peter’s birthday together.

Peter’s younger sister Zara lives nearby with her husband Mike Tindall and their two girls Mia, six, and Lena, two.

Mia gets on well with her cousins Isla and Savannah but lockdown means their usual playdates are off for now.

England went into lockdown on November 5 and restrictions which prevent more than two people from separate households mixing will remain in place until December 2.

Like his sister Zara and mother Anne, Peter enjoys riding as is known to take his niece Mia out on a pony with his daughters Savannah and Isla.

Outdoor exercise, including lockdown, is permitted during lockdown but only in groups of two if it involves one other person from a different household.

This means that while Peter could ride out with either Anne or Zara on Sunday he would not be able to see them both at the same time.

How will Zara, Anne and Peter spend Christmas?

The Royal Family’s Christmas plans are up in the air thanks to the COVID-19 pandemic.

While Princess Anne is usually among royals to join the Queen and Philip at Sandringham for the holiday, this year the Norfolk gathering seems highly unlikely.

England will leave lockdown on December 2 but some restrictions are still likely to remain in place.

The rule of six could be reimposed preventing more than six people from gathering at a time.

Anne may hope to host both Zara and Peter and their children at hers for Christmas lunch but whether or not this will be possible remains to be seen.