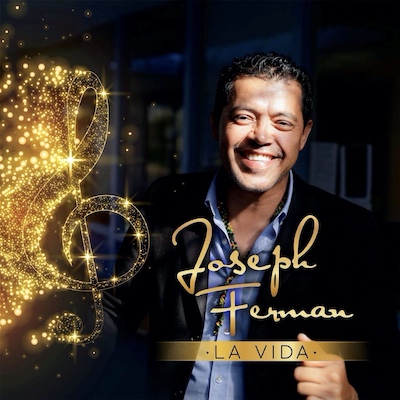 Quixote Music Salvadoran recording artist Joseph Fermán has officially dropped his third single, which is now his first record released on a worldwide basis. Fermán (who is a multi-lingual artist that has the ability to sing in Spanish, French, English, and Portuguese) currently resides in California, which is where he wrote and recorded “La Vida” as a testimony to living life to its fullest and his unquestioning belief that God will guide us during these troubled times. Inspired by events he experienced while here in the USA during the Covid-19 pandemic, this music was the method used to relate to individual health concerns that Joseph, his friends, and acquaintances were forced to suffer through and either endure or die from. The track was arranged by Angel Castaños and features renowned accordionist Julian Rojas.

The three collaborators blended Salvadoran and Colombian styles of music that employ cumbia vallenata rhythms and salsa influences. Sung entirely in Spanish, “La Vida” is already in heavy rotation at many radio stations in Joseph Fermán’s native country of El Salvador. It has become very popular there across the board by impacting multiple demographic groups with its message calling for solidarity amongst all the people who have suffered this disease and to those who lost loved ones because of it. Quixote Music has now set the wheels in motion and presently endeavors to cross-market this record throughout North America.

A North American radio and press campaign has now been launched to promote “La Vida”. Latin and World Music radio broadcasters are in the process of being serviced with Joseph Fermán’s current single as are entertainment publications from north to south and coast to coast. The official adding to radio rotation playlists date is slated for the week of November 9, 2020. His music is available on most major retail and streaming platform sites. Additional personal appearances will be announced in the upcoming weeks. Mr. Fermán’s press kit will be provided upon request to all members of the media by ing the representative listed below. He is presently available for interviews and/or appearances. Additional news, updates, and other information upcoming events may also be found at www.facebook.com/JosephSFerman