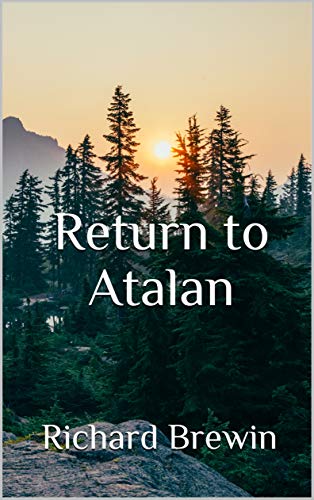 “Return to Atalan” by Richard Brewin is published

“Return to Atalan” by Richard Brewin is published

An exceptional fantasy novel and sequel to “Atalan Adventures”

It’s been almost a year since Isla found herself in the magical land of Atalan. Now she must return there, after a wizard called Steve mysteriously appears at her house and asks for Isla’s help. On their arrival in Atalan, they discover that an evil wizard is trying to take over the land with the help of the goblins, by using a spell that puts everyone under his command. Isla sets out to put a stop to this fiendish plot along with the help of some new found friends, Benji the elf and Sophie the bushwhacker. Can Isla help save Atalan and once again return safely to her family?

Richard Brewin has spent most of his working life within the health and fitness industry. He also has a passion for writing and after years of toying with the idea of writing a book, he has now completed his first children’s fantasy fiction. Inspired by and written for his children, Richard decided to get it published after receiving tremendous feedback from those that read it. Children’s fiction is the genre he enjoys the most and hopes to publish many more titles in the future.

“Wally explained how Barry along with Fizzbit, who was already under the spell, and the goblins had arrived at his house and had kicked the door down and had taken him captive before he had a chance to defend himself. The only thing he had time to do was to hide the serum under the floor in the hope that Steve or someone else would find it. The goblins had ransacked his house and had taken away all of his potions and his wand, but luckily they never discovered the serum.

After that, he was taken away and led to the Unkerdunkie village where, on their arrival, Barry had cast his spell and put the entire village under his command. Once that had happened, Wally explained how he was held prisoner inside the cage while Barry, Fizzbit and a small army of goblins had left to go and invade the elves’ settlement.

Suddenly, Wally’s story was interrupted by shouting from above. Surely, Oliver and Benji haven’t fallen out already, thought Isla?!  She looked up to see Oliver, Fartybubble, and their two newfound friends racing back down to the forest floor on the lift. They were waving their arms around frantically, pointing towards something in the distance. It was difficult to hear what they were yelling as all four of them were shouting at the same time.

Both Isla and Wally turned to look in the direction the foursome were pointing and immediately saw what was causing all the commotion. Coming through the forest in the distance was another group of goblins, only this time they were not alone. Leading the pack was Fizzbit, and the giant troll didn’t look happy.”

This fantasy fiction novel can also be downloaded in e-book format from: